Motorola might announce Moto G7 phones in Brazil ahead of MWC

Motorola is reportedly gearing up to announce its Moto G7, G7 Plus, G7 Power, and the G7 Play smartphones at an event ahead of the upcoming Mobile World Congress 2019 event. 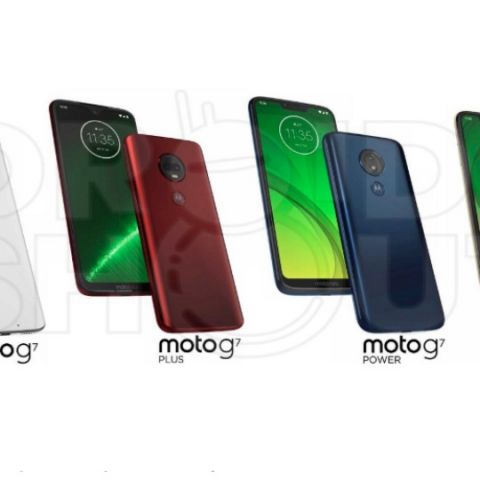 Motorola is speculated to be working on its G7 series of smartphones and a previous report suggested that the company might launch four phones under the upcoming lineup. Now, a new report by AndroidPIT, via GSMArena, claims that like last year, the smartphone manufacturer might announce its G7 series of handsets in Brazil, ahead of the upcoming Mobile World Congress 2019 event, which will be hosted from February 25 - 28. Motorola is speculated to announce four phones in its G7 lineup, the Moto G7, the Moto G7 Plus, the Moto G7 Power, and the Moto G7 Play.

We’ve come across some reports regarding the upcoming Motorola handsets and it seems that two of the four aforementioned devices could feature a waterdrop notch, while the remaining two could sport a standard rectangular notched display.  The Moto G7 and G7 Plus are speculated to come with a waterdrop notch design and as a result, are expected to offer higher screen-to-body ratio in comparison to their predecessors. However, leaked renders of the phones suggest that there might still be a considerable chin on the bottom of the phones, which could feature the company’s branding.

The Moto G7 Power and G7 Play might feature a regular notch. The Moto G7 Power will reportedly feature a single camera on the back and a fingerprint sensor embedded inside the Motorola logo on the back. The smartphone’s notch is expected to house a camera and an LED flash along with other sensors and its highlight is said to be the 5,000mAh battery. The Moto G7 Play is also speculated to feature a single rear camera with an LED flash and a fingerprint sensor embedded within the Motorola logo.

The Moto G7 and G7 Plus were previously spotted on FCC and the listing suggests that the phones might be launched in 3GB or 4GB RAM options with up to 32GB or 64GB of storage. The company might make the device’s variants available for different markets. As per a previous report, the Moto G7 might feature a Full HD+ 6.4-inch display with a 2340 x 1080p resolution and could be launched running on the Snapdragon 660 or the Snapdragon 710 chipset. The smartphone is reported to house a 3,500mAh battery.