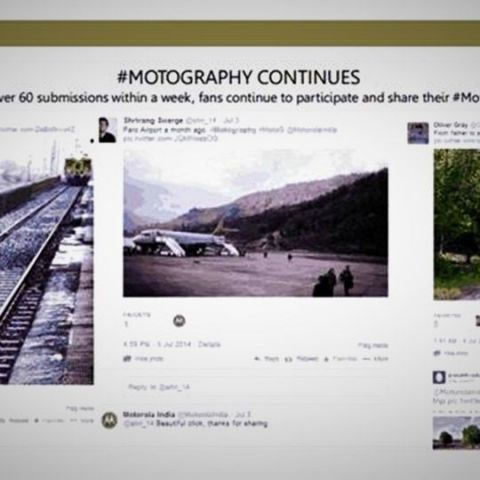 Motorola has announced a new photography contest called '#Motography' for its Moto users in India. The contest themes include food, culture and tricolor as run up to the August 15.

Motorola kicked off the contest last week with #foodofindia, while the current week’s theme is #BeautyOfIndia which will be followed by #CultureOfIndia and finally the #IndianTricolor.

Contest rules are: 1) Users just need to follow the @MotorolaIndia handle on Twitter 2)  Post a picture using @MotorolaIndia #Motography and the theme hashtag; 3) Each week, two winners will receive a Moto E handset and a mention on Motorola India’s official Twitter page.

#foodofindia was won by Umang Oswal @umangoswal and Mahipal Solanki @Mahi_Crest in the round up of last week’s submissions.