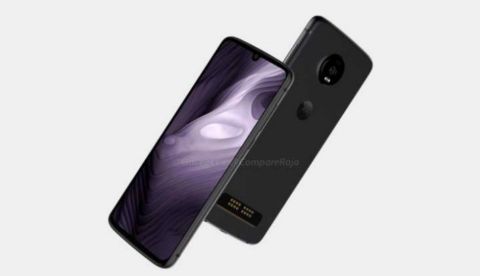 Unlike the Honor and Redmi smartphones, which apparently use Sony and Samsung sensors respectively, the leak says that the Moto Z4 Play will use Q Technology’s 48MP sensor.

Motorola’s Moto Z4 Play may have a 48MP camera sensor and it is expected to sport an in-display fingerprint sensor, a media report has claimed. Citing a reliable source, 91mobiles has claimed that the company will not use the 48MP sensor offered by Sony or Samsung, but from China-based Q Technology’s S5KGM1SP module. However, there is no word on the number of camera(s) that the phone will sport apart from this primary sensor.

The 48MP camera sensor gained popularity after some OEMs like Huawei (Nova 4), Honor (View 20) and Redmi (Note 7) introduced it in their respective devices. Further, the news outlet also claimed that this could be the first Moto-branded phone that is expected to come with an in-display fingerprint sensor. Having an in-display sensor implies that the phone could sport an OLED display.

Under the hood, the phone is expected to feature the Qualcomm Snapdragon 675 mobile platform that has been manufactured via a 11nm process. The SoC is said to be accompanied by 4GB and 6GB RAM, and 64GB and 128GB storage options. Like other Motorola phones, the company is expected to stick with the stock Android version, and the Moto Z4 Play is expected to run Android 9 Pie out-of-the-box. The phone is said to pack a 3600mAh battery.

The latest report builds on the CAD renders that were leaked back in January. The renders showed the Moto Z4 Play with a U-shaped waterdrop notch on a 6.22-inch display. On the back, the smartphone will most likely feature magnetic connection pins to attach different Moto Mods. The rumoured device was also seen carrying a USB Type-C port for charging and a 3.5mm headphone jack.

The renders said the dimensions of the device are 158 x 75 x 7.25 mm (9.4mm including rear camera bump). There is no information on the colour options, however, there is a mention that the company could launch a 5G Moto Mod with the phone. The price and availability of the phone remain a mystery at the moment, but reportedly, the Moto Z4 Play could be announced in the first half of 2019.