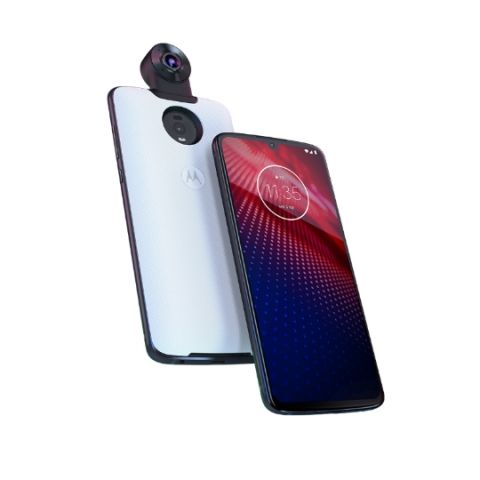 The smartphone features a 6.39-inch display with an in-display fingerprint sensor.

After an ‘accidental’ listing on Amazon and being leaked in its entirety, the Motorola Moto Z4 smartphone is finally official. Moto Z4 is the smartphone manufacturer’s latest mid-range handset, which runs on the Snapdragon 675 platform. As is the tradition with company’s Z-series of phones, the Moto Z4 also comes with Moto Mod support and ships with a moto 360 camera mod in-the-box. While the specifications of the device clearly show that it is a mid-range handset, its pricing suggests otherwise. The Moto Z4 has a price tag of $499.99 MSRP (Rs 34,893 approx), which is in the same price range as the OnePlus 7, and it will be available via Verizon for a cheaper price.

The Moto Z4 features an updated design as compared to its predecessors. The overall display bezels are thinner and there’s a waterdrop notch on the top that houses the front camera. The smartphone comes equipped with a 6.39-inch Full HD OLED display with a 2340x1080p resolution with a 19:9 aspect ratio. As mentioned earlier, it is powered by the Snapdragon 675 SoC, which is coupled with 4GB RAM and 128GB of internal storage. The phone also supports memory expansion of up to 512GB via a microSD card.  It runs on stock Android 9 Pie and is backed by a 3600mAh battery that is touted to deliver up to two days of battery backup. 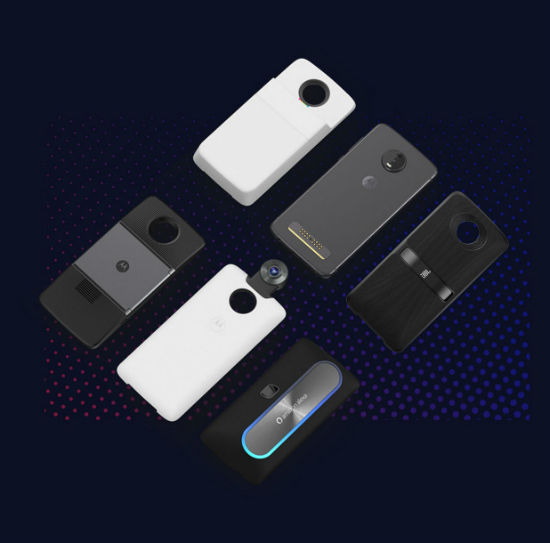 In terms of optics, the Moto Z4 is equipped with a single 48MP sensor on the rear, which is capable of delivering 12MP output using Quad Pixel technology. The sensor has 1.6um pixel size and is paired with f/1.7 aperture lens with OIS, PDAF, and Laser Autofocus support. The phone’s camera features different modes such as Cinemagraph, Portrait / AI Portrait Lighting, Night Vision, Spot Color, AR stickers, Panorama, Live Filter, and Google Lens. On the front is a 25 MP sensor with an f/2.0 aperture lens. The Moto Z4 features a headphone jack as well, is compatible with all moto mods and gets an in-display fingerprint sensor. 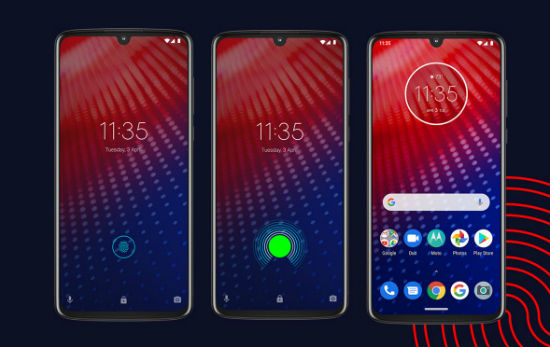