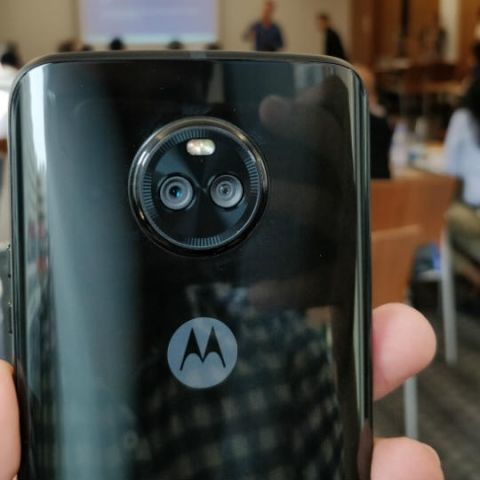 Google and Motorola have announced the Moto X4 Android One edition in the US. The smartphone will run on Android Nougat out of the box and will be upgraded to Android O by the end of the year. There is no information about an India launch of the smartphone. The Moto X4 sports a 5.2-inch 1080p LCD display, is powered by the Snapdragon 630 platform coupled with 3GB of RAM. It also has 32GB built-in expandable via a microSD. The rear of the smartphone has a 12MP+ 8MP dual-camera setup and the front has a 16MP selfie camera. A 3000mAh battery powers the entire package. The Moto X4 is IP68 dust and water resistant.

The smartphone will work with Google’s Project Fi in the US. Project Fi is a Wi-Fi carrier service that Google started back in 2015 in the US. The service uses a combination of cellular and wireless networks to make calls and send texts. For example, if you're in an area with bad Wi-Fi, the smartphone automatically switches to Sprint or T-Mobile's cellular and data networks.

The Moto X4 is expected to launch in India on October 3. Whether it launches under the Android One umbrella is yet to be seen. We have recently seen the revival of Google’s Android One program with the Xiaomi Mi A1. The Mi A1 ditches the MiUi for a stock Android setup and runs stock Android 7.1.2 Nougat with an upgrade to Android 8.0 Oreo coming by the end of this year. The smartphone is priced at Rs 14,999. In terms of specifications, the Mi A1 features a 5.5-inch Full HD display with 2.5D curved Corning Gorilla Glass protection. It is powered by Qualcomm's Snapdragon 625 chipset coupled with 4GB RAM and 64GB storage. The smartphone sports a 12MP dual-rear camera setup with one wide-angle and another telephoto lens capable of 2x optical zoom. The handset features an IR blaster and includes a 10V smart amplifier for an improved audio experience.

The Mi A1 is backed by a 3080mAh battery and it uses a USB Type-C port. In our review of the Mi A1 we said, “Xiaomi’s Mi A1 is an Android One phone first and Xiaomi phone later. The promise of updated Android is something Xiaomi phones never give you, while the dual-camera keeps it in with the times. It’s not an underpowered and compromised device that the Android One program has produced so far. Instead, it’s a very dependable smartphone that you should certainly consider. It’s what Android One phones should have been from the very beginning.”