The Moto G8 Power Lite will be available in a single variant with 4GB RAM and 64GB storage.

The smartphone runs on the MediaTek Helio P35 SoC and rocks a large 5,000mAh battery.

There are two colours to choose from — Arctic Blue and Royal Blue. 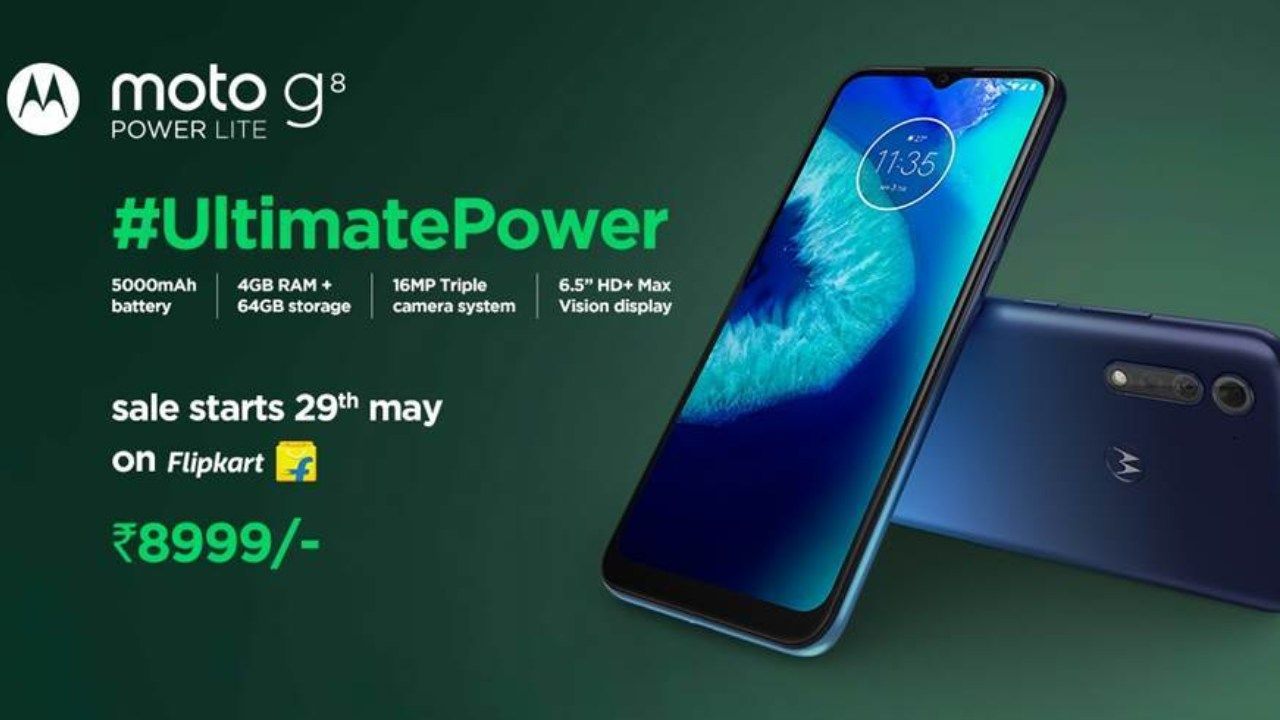 Just a couple of days after launching its flagship Moto Edge+, the Moto G8 Power Lite(₹ 9999 at flipkart) by Motorola has debuted in India today and will go on sale by the end of this month. Motorola had announced the smartphone back in April and positioned it as a lower mid-range smartphone with long battery life. The smartphone runs on the MediaTek Helio P35 SoC and rocks a large 5,000mAh battery.

The Moto G8 Power Lite will be available in a single variant with 4GB RAM and 64GB storage. The phone is priced at Rs 8,999 and will go on sale on Flipkart from May 29 at 12 noon. There are two colours to choose from — Arctic Blue and Royal Blue.

The Moto G8 Power Lite is powered by the MediaTek Helio P35 and runs on Android 9 Pie with a near-stock UI. The phone rocks a compact 6.5-inch HD+ IPS LCD  display with HD+ resolution. It’s a phone made for everyday basic use with 4GB RAM and 64GB storage.

The Moto G8 Power Lite sports a triple camera setup at the back led by a 16MP primary camera with f/2.0 aperture, followed by a 2MP depth sensor and a 2MP f/2.4 macro lens. On the front is an 8MP selfie shooter with f/2.0 aperture housed in a waterdrop notch.

The smartphone also offers expandable storage via a microSD card slot up to 256GB and runs on a 5,000mAh battery with support for 10W charging. There’s support for 4G LTE, Bluetooth 4.2 and takes power through a micro-USB slot. It even houses a 3.5mm headphone jack. There’s a rear-mounted fingerprint sensor for biometric authentication.