Motorola is expected to expand its Moto G5 lineup with the launch of Moto G5S and G5S Plus. The Moto G5S Plus has already been detailed, revealing the specifications and design of the handset. Now Slashleaks has posted a few more images of the smartphone, showing the front and rear of the handset. 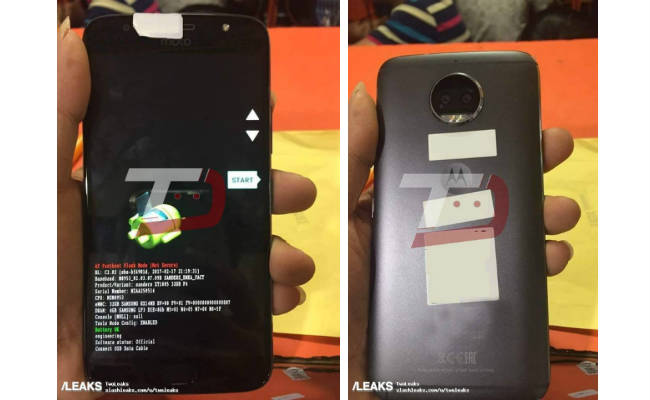 In terms of specifications, the Moto G5S Plus is said to sport a larger 5.5-inch 1080p display, as opposed to the smaller 5.2-inch one found on the company's G5 Plus. The smartphone is said to be powered by Qualcomm's Snapdragon 625 chipset, coupled with 4GB RAM and 64GB storage. On the camera front, the Moto G5S Plus will sport a dual 13MP rear camera setup with one RGB sensor and another monochrome sensor. The rear camera will function similar to Huawei's dual camera system, with support for features like bokeh effect, post focusing and background replacement. It will also have an ability to capture black and white images using a dedicated monochrome sensor. The front camera is also getting an upgrade from 5MP to 8MP in terms of resolution.

Motorola is hosting a product launch event on July 25 in New York where it is expected to announce its flagship Moto Z2 Force with a shatterproof display and a dual camera system. It is not clear whether the company will announce the Moto G5S series and Moto X4 with dual cameras at this event.