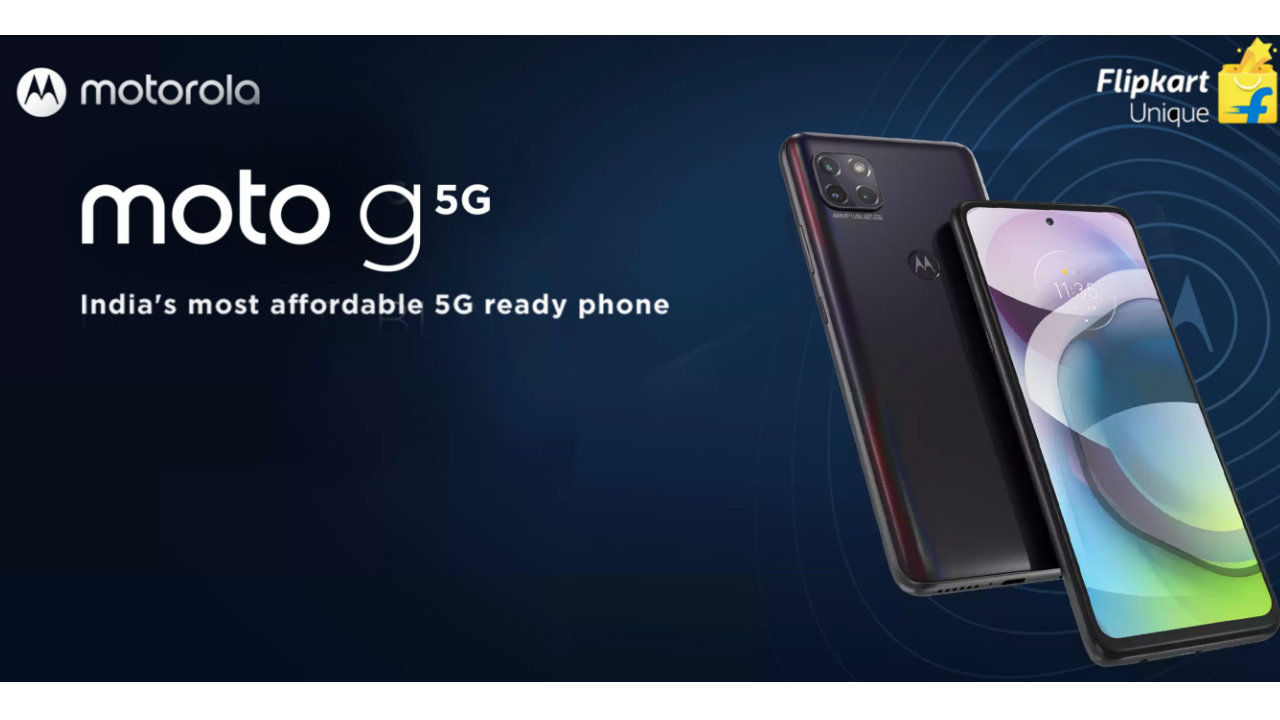 It was recently leaked that the Moto G 5G and Moto G9 would debut in India soon. While official information about the latter device is still missing, Motorola India has officially announced that the Moto G 5G will launch in India on November 30 at 12 noon. Motorola took to Twitter to share the information. The tweet reads, “Get ready to experience the new level of speed with India’s most affordable 5G smartphone #motog5G on 30th November, 12 PM on @Flipkart! Stay tuned”.

Get ready to experience the new level of speed with India’s most affordable 5G smartphone #motog5G on 30th November, 12 PM on @Flipkart! Stay tuned. https://t.co/3HD1jvKWYo pic.twitter.com/kCcjDepMDr

Coming to the specifications of the smartphone, the Moto G 5G sports a 6.7-inch Full HD+ (2400 x 1080p) display on the front with a punch-hole cutout in the middle for the selfie camera. The smartphone is a mere 9.9mm thick and weighs 212 grams.

Under the hood, the Moto G 5G is powered by the Qualcomm Snapdragon 750G processor. It has two RAM options - 4GB or 6GB and 64GB or 128GB storage options. It also supports a microSD card for those looking for more storage.

Coming to the optics, the smartphone has a triple camera setup on the back with a 48MP primary camera with an f/1.7 aperture, an 8MP ultra-wide-angle camera with 118-degree-field of-view and a 2MP macro camera. The rear cameras can record in 4K UHD at 30FPS and also boasts of electronic image stabilization (EIS). The selfie camera has a 16MP sensor.

For security, the smartphone has a fingerprint reader on the rear panel and a 5000mAh battery powers the entire package. It also supports 20W fast charging.

While the India price of the smartphone isn't known, internationally the smartphone is priced at EUR 299 which translates to roughly Rs 26,400. We think the smartphone will be priced more aggressively in India considering that India is a price-sensitive market.