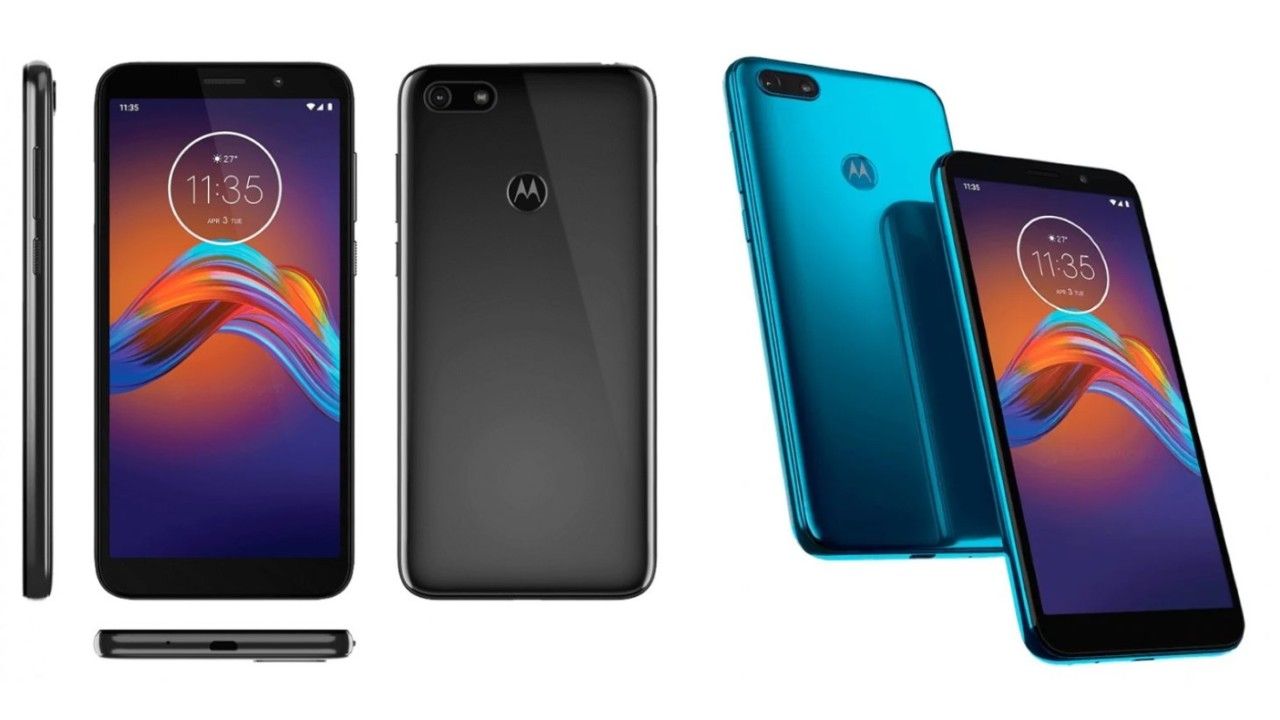 Moto E6 Play will not sport a notch, but a traditional mobile phone design.

The phone is said to come in two colour variants, black and blue.

Motorola Moto E6 Play may be announced along with the Moto G8 series that is expected to be revealed on October 24 in Brazil.

Motorola recently introduced a new budget device, the Moto E6s in India. The phone was first showcased at IFA 2019 and made its way to India last month. Now, renders of alleged Moto E6 Play have appeared online. According to the renders, Moto E6 Play could be made available in two colour variants, blue and black. The latest pictures reveal that the upcoming Motorola budget device will have a single rear camera setup alongside a rear panel-mounted fingerprint scanner.

Motorola Moto E6 Play is likely to come equipped with a capacitive touchscreen. It could come with an aspect ratio of 18:9 or 16:9. The renders show a conventional Motorola design with bezels on three sides and a thick chin. This is hardly surprising considering that the Moto E6 Play is expected to be a budget device. Further, all three buttons appear to be positioned on the right side of the device. The bottom edge seems to support a micro-USB port, while the top edge houses the 3.5mm headphone jack.

According to the renders, Moto E6 Play will not sport a notch, but a traditional mobile phone design with a front camera placed within the top bezel. As for the rear panel, it is likely to be made of plastic as the material is the go-to choice for budget smartphones. The Motorola Moto E6 Play will presumably run Android 9 Pie out of the box. There is no official information about the specifications of the handset just yet.

The Motorola Moto E6 Play may be announced along with the Moto G8 series that is expected to be revealed on October 24 in Brazil. Moto G8 Plus is expected to come equipped with a triple rear camera setup as well as a small notch on the top, accompanied by a noticeable chin at the bottom. You can read more about it here.