Alleged Moto G8 Plus renders leaked, may launch on October 24 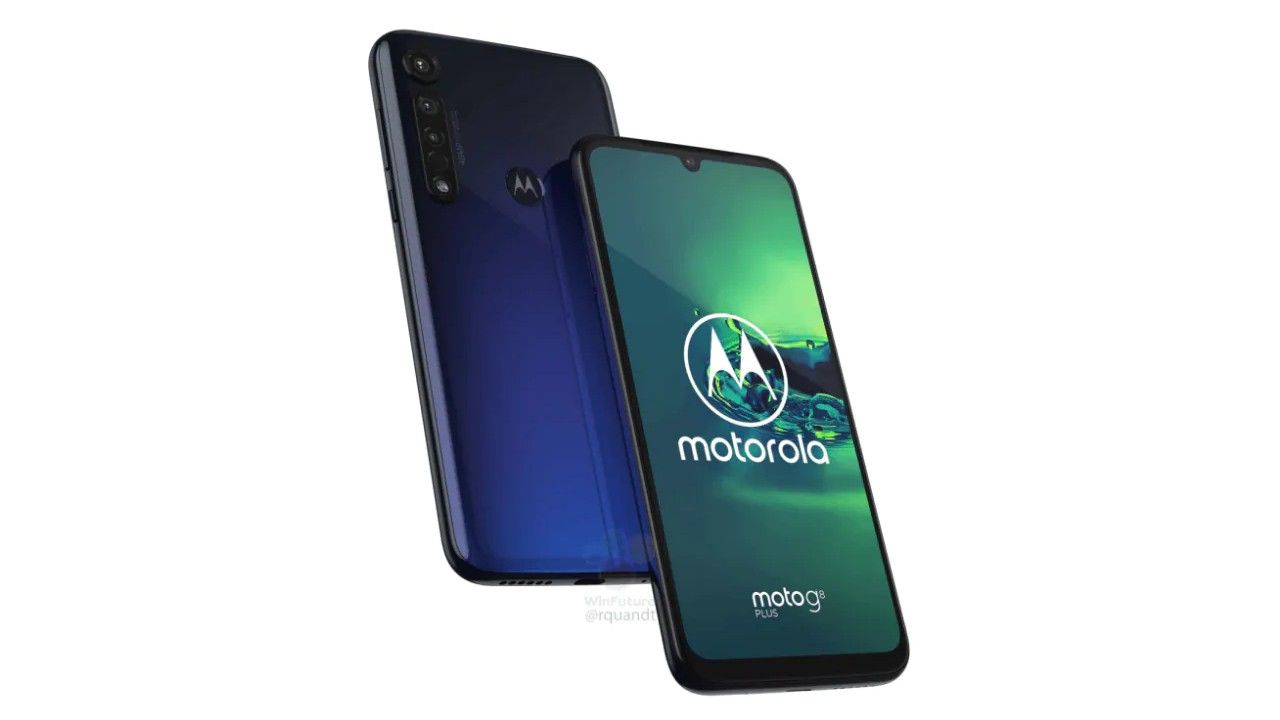 The Moto G8 Plus may be powered by the Qualcomm Snapdragon 665 chipset.

Moto G8 Plus may launch in Brazil on October 24,

Moto G8 Plus has reportedly leaked online. The leaked renders come along with a specification listing and a probable launch date. The Moto G8 Plus renders suggest a gradient rear panel finish, which Motorola has been using on its One series of smartphones. Moto G8 Plus is expected to come equipped with a triple rear camera setup as well as a small notch on the top, accompanied by a noticeable chin at the bottom. The alleged Moto G8 Plus sports the model number 'XT2019'.

The latest development comes from WinFuture, according to which, the Moto G8 Plus may launch in Brazil on October 24, followed by a Europe launch later in the year. The renders appear to show the whole design of the phone. The device is expected to sport dual rear end speakers, volume and power buttons on the right edge along with a USB Type-C port at the bottom.

According to the leaked specifications, Moto G8 Plus is expected to come equipped with a 6.3-inch full-HD (1080x2280 pixels) IPS display. It may be powered by the Qualcomm Snapdragon 665 chipset, paired with 4GB RAM. The phone could be offered in two storage variants, 64GB and 128GB. It is tipped to support a microSD card slot as well.

On the optics front, Moto G8 Plus is said to sport a triple rear camera setup, which could include a 48MP main sensor + a 16MP wide-angle sensor with 117-degree field of view + a 5MP depth sensor. It may come with a laser autofocus system that allows users to focus is a more precise way as. It could sport a 25MP selfie shooter, but it's all speculation, at this point.

The Moto G8 Plus is shown in Blue and Red gradient glossy finishes. However, it may launch with more colour options. The smartphone is expected to pack a 4000mAh battery. It is also said to come with a 3.5mm headphone jack and a rear fingerprint sensor built into the Motorola logo.