Moto E4, E4 Plus officially unveiled in the US 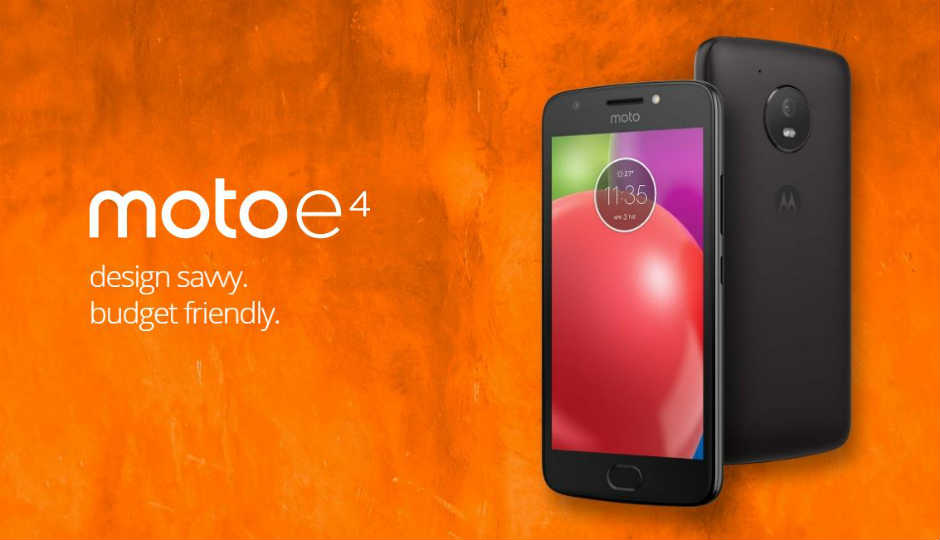 Moto E4, E4 Plus officially unveiled in the US

The handset features 2GB RAM, 16GB storage, an 8MP rear camera and a 5MP front camera. It also offers connectivity options like WiFi 802.11n and Bluetooth 4.1 and a front-mounted fingerprint sensor. The smartphone features a design similar to that of the G5 series with the circular camera module, but uses a plastic build. The smartphone runs Android 7.1 Nougat and is backed by a 2800mAh battery. The Moto E4 will be available in black and gold colour options.

Moto E4 Plus, like E3 Power from last year, is aimed at users looking for a long battery life. The smartphone is equipped with a 5000mAh battery, which the company claims can last two days. It sports a larger 5.5-inch HD display and is powered by a Snapdragon 427 chipset with 2GB RAM and option for either 16GB or 32GB of storage. The Moto E4 Plus sports a 13MP rear camera with a f/2.0 aperture lens, while at the front is a 5MP camera with flash and f/2.2 aperture lens. The smartphone features a metal and plastic build similar to that of Moto G5. The Moto E4 Plus runs Android 7.1 Nougat and also features the redesigned front-mounted fingerprint scanner first introduced with G5 series.