The Moto E3 Power will be exclusively available through Flipkart, with sales starting tonight 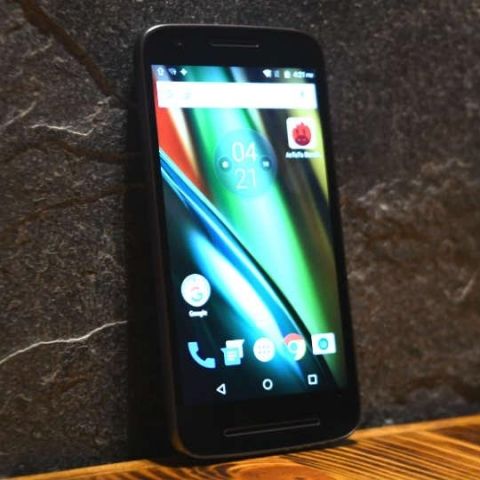 Lenovo has unveiled a new Moto device called the E3 Power in India. Priced at 7,999, the device will be available exclusively through Flipkart. Sales begin tonight with extra coverage for Uttar Pradesh and Bihar. The device sports a 5-inch HD display and is powered by a 64-bit MediaTek MT6735P SoC with 2GB of RAM. There is an 8MP camera at the back of the phone, while at the front is a 5MP unit. Moto E3 Power offers different photography modes such as Burst Mode, Panorama, and beautification. Further, users will also get two years of storage free on Google Photos. The phone also comes with a water-resistant nano coating.

Moto E3 Power runs Android Marshmallow v6.0 and offers 16GB of inbuilt storage that can be expanded by up to 32GB. However, the highlight of the device is the large 3500mAh battery, which the company says can offer about 287 hours of standby time. The device also offers 4G LTE and VoLTE, and the company has partnered with Reliance Jio for offers.

The company has also announced some offers that will only be available during launch day. Users will be able to get up to Rs. 7,000 off when exchanging their old phone. They can also get an additional Rs. 1,000 off on regular exchange value. Buyers will also get a 32GB MicroSD card for free and they can buy the Moto Pulse headset along with the phone by paying Rs. 499 extra. User’s can also avail no cost EMI and pay Rs. 1,334 per month for six months. Further, those who purchase the device with an SBI credit or debit card get Rs. 800 off.

The Moto G Play was launched a few days ago at Rs, 8,999. The two devices are pretty similar and both offer a 5-inch HD display with 2GB of RAM. However, the G Play is powered by a Snapdragon 410 SoC, as compared to the MediaTek SoC, found on the E3 Power.