Micromax hasn’t revealed much about the upcoming device, but the invites and teasers point towards a phone with 4G connectivity 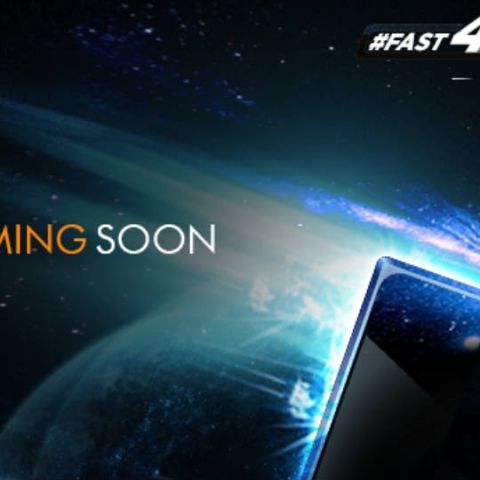 Micromax will be launching a new Canvas device today. The company hasn’t revealed much about the device but the invites and teasers seem to center around ‘fast forwarding life.’ This could allude to fast internet connection speeds considering most phones in the budget segment have started offering 4G connectivity.

Micromax has been teasing the upcoming device for quite a while now. A few days ago, the company had sent out teasers with the hashtag, “FastForwardLife” and asking them to “Block the date” with an image circling November 18. Micromax’s invite to its event also continued the theme of fast forwarding life. The invite said, “Don’t pause! Let’s #FastForwardLife”. It also invited people to “come witness the launch of our next Canvas”. A couple of days ago, Micromax has posted an image on its social media accounts saying, “Get ready for a ‪#‎Fast4WardLife‬! Coming soon” and the image showed the same hashtag with a special emphasis on ‘4’ alluding to the 4G capabilities of the upcoming device. 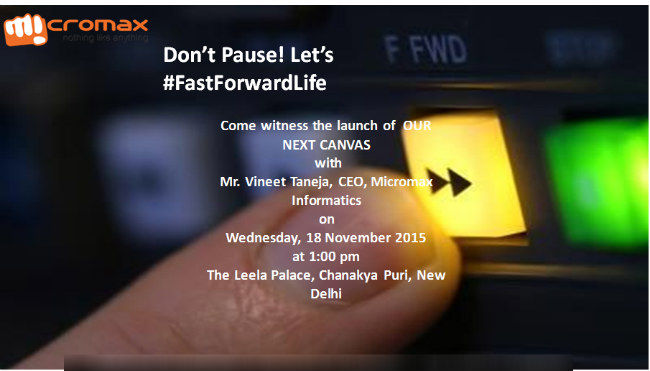 The latest teaser on Micromax’s social media accounts show a glimpse of the phone. The image shows a phone with a squarish design and what seems to be a metallic edges. The teaser was accompanied by the text, “Addicted to astronomical speed? Keep watching this space for more. #Fast4wardLife.”

Yesterday, the Micromax Canvas Amaze was unofficially listed on an e-commerce site for Rs. 7,999. The company has confirmed that the phone will be announced officially soon and will be available offline. The Canvas Amaze comes with a 5-inch HD IPS display with Gorilla Glass 3 protection. The phone is powered by a 1.3GHz MediaTek MT6580 32-bit quad-core SoC with 2GB RAM. At the back is a 13MP camera with a 5MP camera in the front. The device also comes with 8GB of on-board storage that is expandable up to 32GB. It also comes with a 2000mAh battery which Micromax claims to give seven hours of talktime and 260 hours of standby time.