Along with a refreshed LG V30, LG will also launch updated versions of its entry-level K8 and three variants of the K10 smartphone. 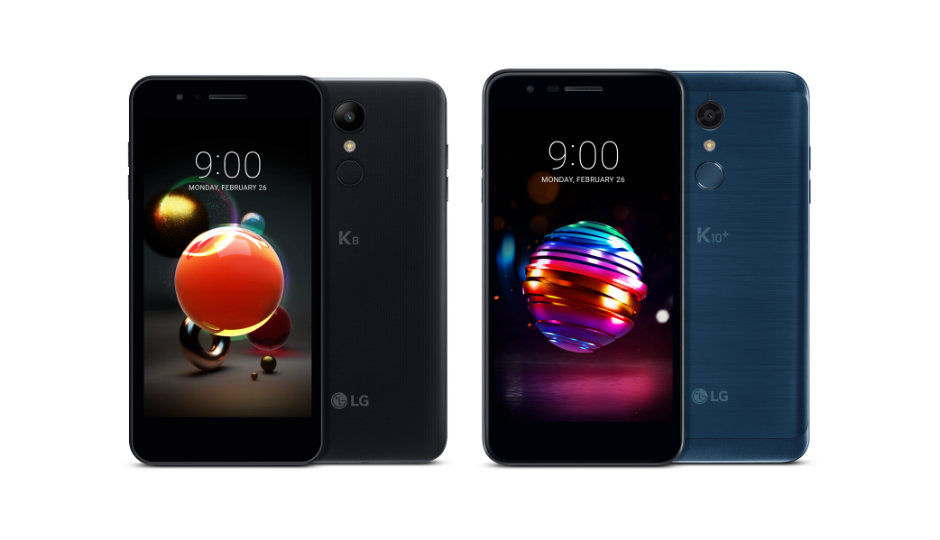 While LG won’t launch a flagship phone at MWC this year, that doesn’t mean there won’t be anything new from the company. LG already announced it will unveil a refreshed LG V30 with more AI-centric features, but that’s not all. The Korea-based company has also announced it will launch the 2018 edition of its K8 and K10 mass-tier smartphones at MWC 2018. The phones will be made available in Europe, Asia, Latin America and the Middle East.

The refreshed LG K8 2018 will supposedly feature improved low-light photography with features such as gesture-shot, auto shot, flash for selfies and Quick Share.

The LG K8 will feature a 1.3GHz quad-core chipset coupled with 2GB RAM and 16GB storage along with a 2,500mAh battery. The phone will have a 5-inch HD display with an 8-megapixel shooter at the back and 5-megapixel camera at the front. The phone will run on Android 7.1.2 Nougat and will have connectivity features like 4G LTE. The phone will launch in Aurora Black, Moroccan Blue and Terra Gold.

All the three K10 variants will have fingerprint sensors along with FM radio and will be available in Aurora Black, Terra Gold and Moroccan Blue.

The phones will be launched at the Mobile World Congress at the end of this month in Barcelona. There is no word on the pricing of the phone, but going by the specs, they are likely going to be aimed at entry-level buyers.