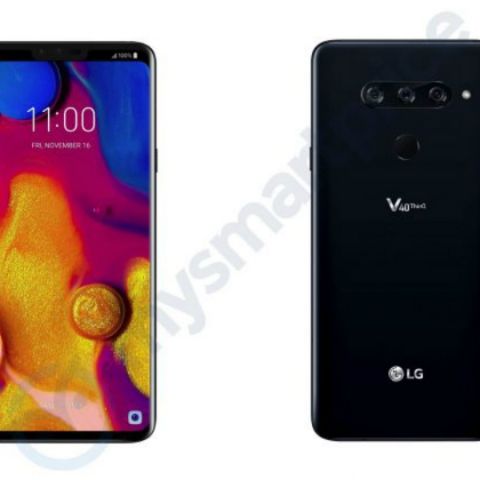 After the G7 ThinQ, G7+ ThinQ, V30S ThinQ and the V35 ThinQ, LG’s fourth flagship smartphone of 2018 is expected to be the V40 ThinQ. Previous rumours of the smartphone hinted at a triple-rear camera setup on the back and new press renders of the upcoming smartphone have surfaced online that hint at the same. The images posted by MySmartPrice, which claims that the images are press renders of the upcoming device. As per the report, the handset will feature three horizontally placed cameras and an LED flash on its glass back, which sports a mirrored finish. The fingerprint reader is seen slightly below the cameras, along with the LG and V40 ThinQ branding.

As per the press renders, the LG V40 ThinQ is expected to be unveiled on November 16, 2018. However, the date is still a few months away and there is always the possibility of a change in plans. In terms of display, the smartphone is said to come equipped with an OLED or a P-OLED screen with curved edges and a notch on top. Like most smartphones with a ‘notched’ screen, it is most likely to come with an option to hide it and that is why the notch is near invisible in the main image above. The notch on the smartphone could house two cameras and come with an IR blaster to enable 3D face recognition.

There is no additional information about the cameras on the smartphone, however, the company is expected to use a wide-angle lens for one of the sensors. The SIM slot and power button can be seen on the right edge of the device, while the volume rocker is on the left edge along with another button which is expected to be a dedicated Google Assistant button. On the bottom edge is a USB Type-C port, a speaker and a 3.5mm headphone jack. The V40 ThinQ will most likely be powered by a Snapdragon 845 SoC. 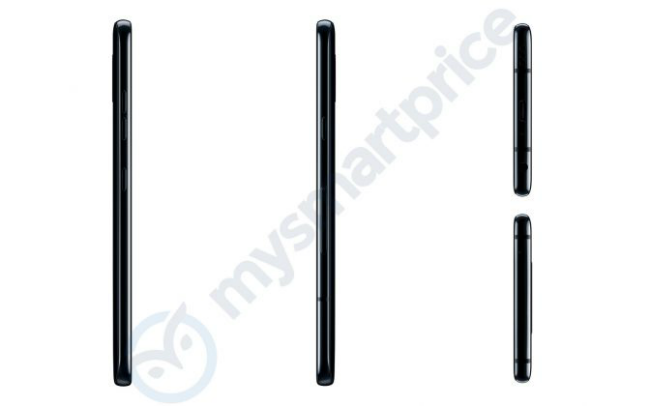 The company had previously launched the LG V35 ThinQ inder its V series of devices. The smartphone is said to deliver faster performance and comes with 'enhanced' photography, audio and AI-based functionalities. The device is IP68 dust and water resistant and comes with MIL-STD 810G certification. It offers 6GB RAM, coupled with 64GB internal storage. There is also a V35+ ThinQ with 128GB of storage onboard. Except for more internal storage, there is no difference between the V35 ThinQ and the V35+ ThinQ. The devices have been launched in New Aurora Black and New Platinum Gray colour variants, and cost $900 (Rs 60,720 approx) in the US. You can read more about the phones here.