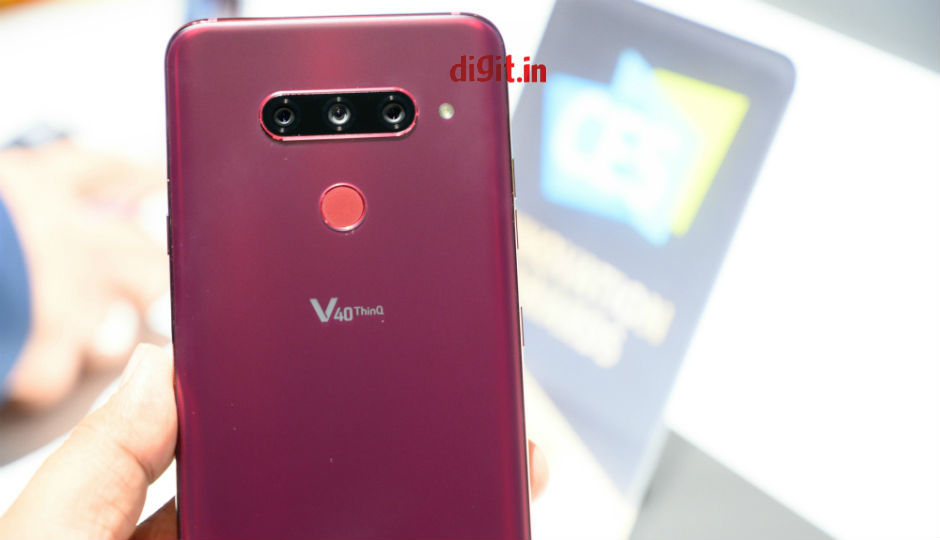 LG has started to roll out the Android 9 Pie OS update to the LG V40 ThinQ(₹ 49999 at amazon) (Review) smartphones in India. The 1.5GB update brings improvements in phone usability and functionality as well as July Android Security patch. In addition, the new firmware also brings features like YouTube Live, Penta shot, Cine shot, Part Slo-mo, and Dual App. The update should reach the LG V40ThinQ owners in the coming weeks or users can manually install the update via LG Bridge software.

The LG V40 ThinQ sports a 6.4-inch QHD+ OLED FullVision display with 3120x1440 resolution. The display, protected by Corning Gorilla Glass 5, delivers a 19.5:9 display aspect ratio. The USP of the phone is that it gets five cameras in total, three on the rear and two on the front. The smartphone runs on last year’s flagship Qualcomm Snapdragon 845 processor coupled with 6GB of LPDDR4X RAM and 128GB of UFS2.1 internal storage. The internal storage on the phone can be expanded up to 2TB via a microSD card. It also features IP68 water and dust resistance with Military-grade (MIL-STD-810) certification. 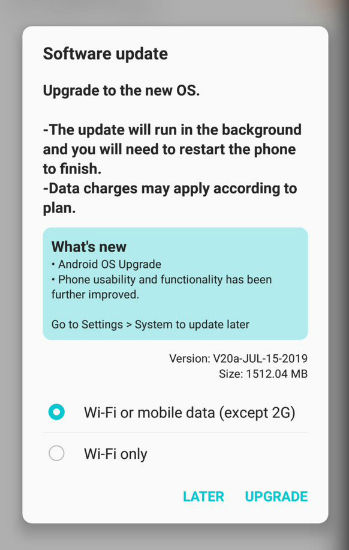 In the camera department, the V40 ThinQ features a triple primary camera setup with a 78-degree standard, a 45-degree telephoto zoom, and a 107 degree super wide-angle lens. The standard main camera features a f/1.5 12MP sensor with 1.4µm pixels, and it supports Optical Image Stabilization (OIS) and Dual Pixel AutoFocus. The telephoto lens is paired with a 12MP sensor with f/2.4 lens, while the wide-angle lens gets a 16MP sensor. On the front is a dual camera setup with an 8MP, 26mm standard lens paired with a 5MP, 21mm wide angle lens. The entire package is powered by a 3300mAh battery and the handset supports fast wireless charging and Quick Charge 3.0. There’s also a BoomBox speaker and a 3.5mm audio jack on the phone.