The phone was unveiled back in September, and was the the first smartphone to launch with Android Nougat already installed 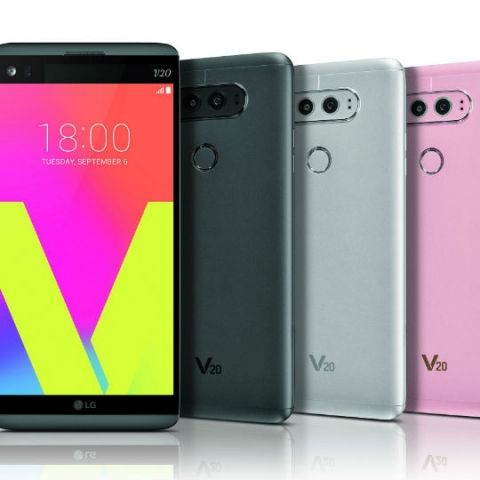 LG may be planning to launch the V20 smartphone in India soon. According to a report by Gadgets360, the launch of the phone is “imminent” and it will be priced at Rs. 49,990. By comparison, the company’s current flagship, the G5, was launched at Rs. 52,990.

To recall, the LG V20(₹ 29199 at flipkart) was unveiled in September and was the first smartphone to come with Android Nougat already installed. The device offers a 5.7-inch QHD display and is powered by a Qualcomm Snapdragon 820 SoC with 4GB of RAM. Like the LG G5, the V20 also comes with a dual-rear camera setup, consisting of a 16MP primary camera and an 8MP wide-angle camera. It is equipped with a 3200mAH battery and offers 64GB of onboard storage. The device is also the first smartphone to feature 32-bit Hi-Fi Quad DAC for audio, and supports FLAC, DSD, AIFF and ALAC files.

Back in September, LG India MD, Kim Ki-Wan had accepted that the LG G5, had failed to impress consumers. The company only launched two modules for the device and by comparison, the Moto Z offers four modules. Rumours also suggest that the company’s next flagship, the G6 may not be modular.