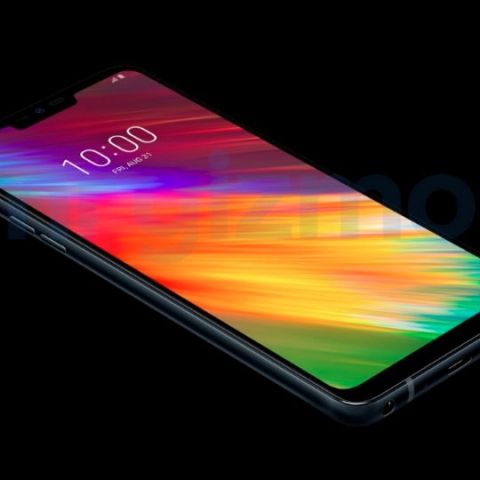 There have been some rumours regarding a Q-series phone that LG is expected to launch but none of the reports were concrete enough to provide some idea about what the phone may look like or what hardware it has. Now, mr gizmo has leaked the alleged press renders of the smartphone and it resembles the LG G7 Fit in terms of design. The company launched the G7 Fit at IFA 2018 in Berlin and it borrows much of its features from the current G7+ ThingQ (review) flagship.

In the press renders, the LG Q9 appears to sport a metal frame sandwiched between two glass sheets. On the front, there is a notch which houses the selfie camera, a proximity sensor, and the earpiece. The 3.5mm headphone jack is located on the bottom edge, along with a USB Type-C port and a speaker grill. The LG Q9 is also speculated to come with an IP68 rating for dust and water resistance. The LG Q9 could feature a 6.1-inch Full HD+ IPS LCD display, and be powered by an octa-core Qualcomm Snapdragon 660 processor, coupled with 4GB RAM and 64GB storage.

As far as the imaging hardware is concerned, LG Q9 is likely to come with a dual-lens setup at the rear. The press renders do not show the smartphone from the back, but given LG’s approach, it will incorporate two cameras on the back panel. For selfies, the LG Q9 will have a single shooter. The LG Q9 is rumoured to be fueled by a 3550mAh cell with Qualcomm Quick Charge 3.0 support. The smartphone may run on the Android 8.1 Oreo operating system with LG’s custom Android user-interface layer running on top.