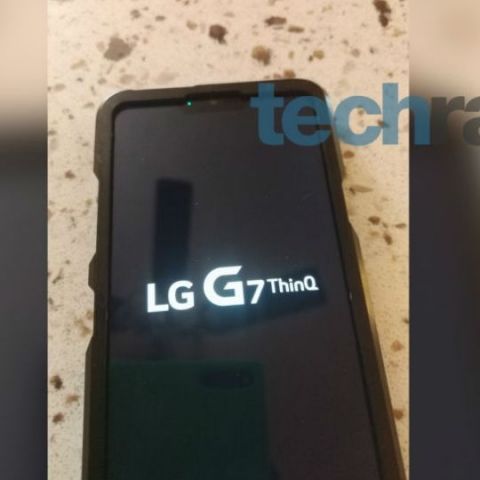 Photos and screengrabs sent to TechRadar have revealed the specifications and AnTuTu scores of the LG G7 ThinQ. The smartphone is expected to launch in May 2018 in the US. According to TechRadar, “Despite coming packed inside of an unremovable plastic case for testing, the notch (perhaps the G7 ThinQ’s most distinguishing and controversial feature) is visible, revealing itself on the phone’s boot screen snuggled up to a notification LED indicator and a selfie camera.”

The AnTuTu scores of the LG G7 ThinQ shows the device with a score of 252,473. Whether this number is real or not and how it compares to the competition is something we will comment on when the smartphone launches and we get it in for review. There is little information about the UI on the device, and historically LG has skinned its smartphones with its own UI overlaid on Android.

As far as flagship smartphones are concerned, only Samsung has launched its S9 and S9 Plus in India. HMD has also announced the launch of the Nokia 8 Sirocco in India. OnePlus is expected to launch their OnePlus 6 soon. We got to check out the Asus Zenfone 5 family of devices along with the Xperia XZ2 family of phones at MWC 2018.

LG is not the only smartphone to have embraced the notch. OnePlus has confirmed that the OnePlus 6 will also have a notch and we have seen the Oppo F7 launch with a notch as well. If you want to know about all the new and upcoming smartphones that sport a notch, you can do so here.