The G7 One is an Android One certified device running on stock Android while the G7 Fit retains most of the flagship features but will be priced more affordably. 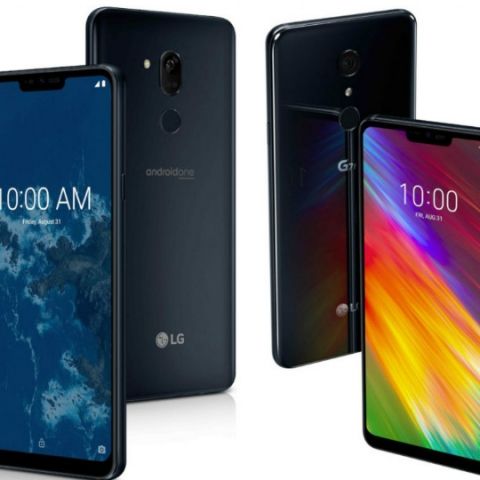 IFA 2018 in Berlin is set to begin and companies are already making their announcements of new devices that will be unveiled at the conference. LG announced the launch of two new (well, sort of new) smartphones — The LG G7 One and the G7 Fit which will be an addition to its existing portfolio of smartphones.

The LG G7 One is an Android One certified phone and is powered by last year’s flagship chipset from Qualcomm. The G7 Fit is even more affordable, and both phones retain the flair and features of the current G7+ ThingQ (review) flagship.

The LG G7 One is powered by a Snapdragon 835 SoC. It’s in fact the first G-series phone to be powered by the chipset since the G6 was powered by the Snapdragon 821 last year, as Samsung was hoarding all the SD835s for itself. With the G7+ this year, LG directly made the jump to Snapdragon 845. The G7 One is thus filling the gap for the company.
The G7 One touts the same 6.1-inch  QHD+ FullVision  display with a notch on top and a 19.5:9 aspect ratio.  The notch houses the LED notification light, front camera, earpiece and the proximity sensor. It’s not completely bezel-less as there is some chin below the screen. The phone also has a rear-mounted fingerprint sensor. The  G7 One is available only in 4GB RAM and 32GB storage variant. It’s expandable via a microSD card slot. The phone runs on stock  Android 8.1 Oreo with a promised upgrade to Android 9 Pie as part of the  Android One program. The G7 One  also has the Quad DAC, DTS:X, IP68 and MIL-STD 810G certification and Quick Charge  3.0 compatibility for the 3,000mAh battery.
There is a single camera on the back of the G7 One — A 16MP sensor with f/1.6 aperture lens. Up front is an 8MP shooter with f/1.9 lens with a 80-degree wide field of view.

As for the G7 Fit, it’s powered by an even older Snapdragon 821 chipset. The display is the same as the flagship G7+ ThinQ and the G7 One along with the other premium features. The G7 Fit has 4GB of RAM and 32GB of storage with the option to expand it via a microSD card. There will also be a G7 Fit+ for some markets that ups the onboard storage to 64GB. The G7 Fit also has the  Quad DAC, water proofing and the likes. There is a 3,000mAh battery to boot.
The G7 Fit is not an Android One certified phone. The G7 Fit will be offered in New Aurora Black and New Platinum Gray while the G7 One will be available in New Moroccan Blue and  New Aurora Black. The pricing and availability of the two devices are yet to be known.