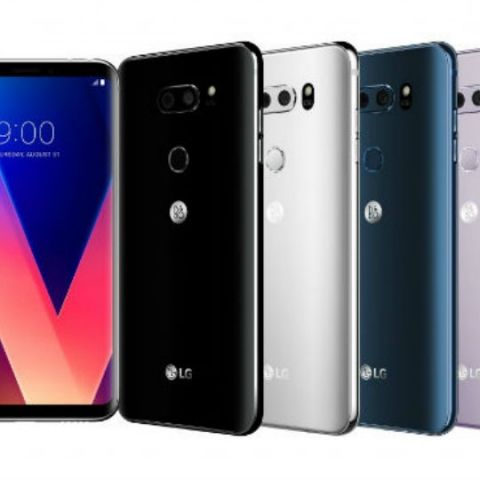 LG announced its upcoming flagship, the LG V30 (First impressions) at this year’s IFA show in Berlin. No official release date for the device is known yet, however, that has not stopped the Korean smartphone manufacturer from creating hype around it. LG seems to be pretty confident about the smartphone’s camera as they pit it against a RED Weapon Dragon 6K, a $50,000 professional cinema camera.

Cinematographer Parker Walbeck was handed a stock LG V30 with no additional equipment such as an external lens or any third party video recording app. It should be noted that the video was sponsored by LG. Parker played around with manual settings on the smartphone, explaining some features briefly and also described LG’s Cine Log feature which assists users in easily color grading a video post recording.

In the camera department, the LG V30 features a 16MP+13MP dual camera setup at the rear. It is the first flagship smartphone to come with f1.6 aperture camera lens, which lets in more light and enables the camera to produce better low light photos and videos with less noise. The 16MP camera features the f1.6 aperture, while the 13MP wide angle camera has a 120 degree angle of view with f1.9 aperture. It also comes with a 10-bit HDR image sensor that captures wider range of colours.

As expected, the V30 doesn’t come even close to the $50,000 professional cinema grade camera. It does show that the smartphone is capable of taking some pretty great shots, maybe the best on current smartphones. But, we will withhold our judgement until we get to review the device.