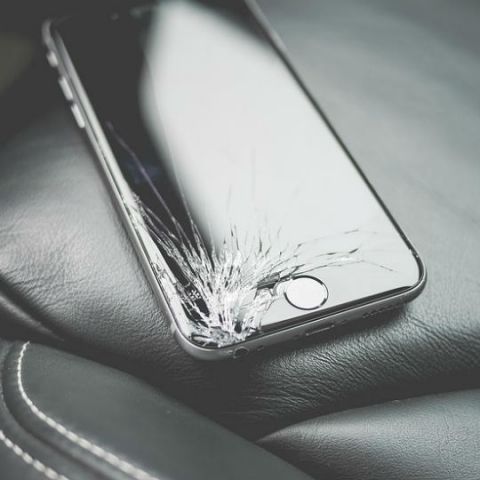 The document called Visual/Mechanical Inspection Guide is dated March 3, 2017 and covers instructions for iPhone 6, iPhone 6 Plus, iPhone 6s, iPhone 6s Plus, iPhone 7 and iPhone 7 Plus. Apple technicians reportedly call the manual as VMI and it serves as a guide for resolving tricky service issues. "VMIs are something we use, but we don't refer to it all that often unless we get some oddball issue," an Apple technician told Business Insider.

The VMI makes it clear that Apple instructs technicians to cover debris under display glass or pixel anomaly, misalignment of FaceTime camera foam and single hairline crack to the front glass under warranty. The VMI also notes that these kinds of issues are addressed regardless of any accidental or liquid damage. 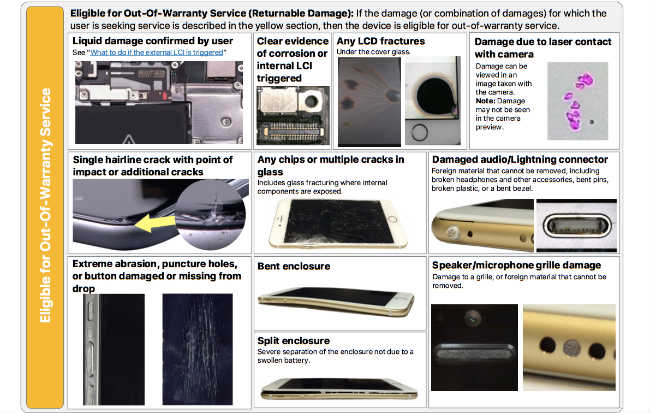 However, damages like fractured LCD, multiple cracks in glass, corrosion, speaker grille damage, abrasion, bent enclosure and damage due to laser contact with the camera are considered eligible for out-of-warranty service. Apple technicians also referred to as Geniuses refuse service to iPhone with intentional tampering, disassembled unit or using non-Apple batteries and ones with catastrophic damages. The catastrophic damages may be covered for AppleCare+ customers.

The document also clearly details the necessary action in case a device is damaged when exposed to water or in case LCI (liquid contact indicator) is triggered. The technicians are advised to inspect the device for any clear signs of contact with liquid such as liquid under the display or corrosion on the Lightning connector and then deny warranty coverage. It also notes that Apple's LCI turns red on contact with liquid, which the consumer cannot dispute.

The document also details that warranty does not apply to cosmetic damages like dent, scratches or chipping marks on the surface of the device. Back in June, Apple had announced its plans to put repair machines at third-party service centres in order to facilitate easy repair of iPhones.