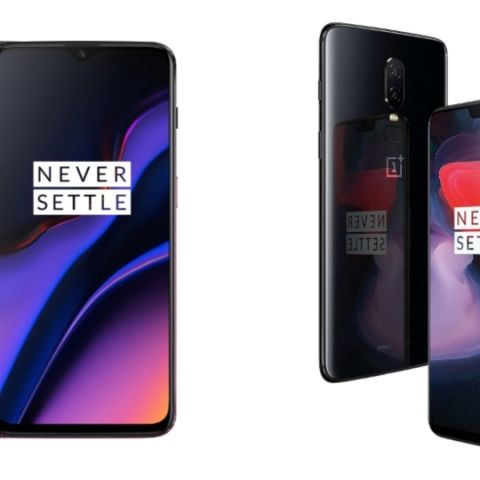 OnePlus is rolling back the new OxygenOS Open Beta for OnePlus 5 and above smartphones that it recently started seeding. As per the company, the new update is being paused because some OnePlus 5/5T users have complained of the OTA update not installing after being received on their units and for some unlucky few, their handsets were bricked, unable to boot, after installing the new update. So, if you have received the new update, we suggest you hold off on flashing it on your phone. As the open beta for the OnePlus 6(₹ 34999 at amazon)/6T was similar to the one released for the OnePlus 5/5T, for good measure, the company has halted its rollout as well.

Those users who are experiencing the above-mentioned issues can try and recover their device by following the instruction laid out by OnePlus here. In case you are unable to get your phone to work, the company suggests one gets in touch with the official customer care service, who have been made aware of this issue and will help the users flash the package remotely.

As mentioned, the new open beta patches for the phones are almost the same and bring the same set of features for the four handsets. It optimizes the screenshot function and enables quick reply to messages when in landscape mode. The latter is aimed at making texting easier when watching a video or playing games. The Gaming mode also gets optimised and the OnePlus Laboratory feature was supposed to come for the OnePlus. Both, OnePlus 6 and 6T now support world clock with weather information.

In terms of specs, the OnePlus 6T(₹ 30990 at Tatacliq) features a 6.41-inch Optic AMOLED display with a 1080 x 2340p resolution and is powered by the Qualcomm Snapdragon 845 SoC. The device is backed by a 3700mAh battery and comes in 6GB and 8GB RAM variants. There is also a 10GB Mclaren edition variant of the phone. In terms of storage, one has the option of 128 or 256GB. In terms of optics, the handset comes equipped with a 16+20MP camera on the back and a 16MP selfie sensor on the front.