Ladies, your iPhone is creepily clubbing all semi-nude photos in a folder called ‘Brassiere’ within the Photos app 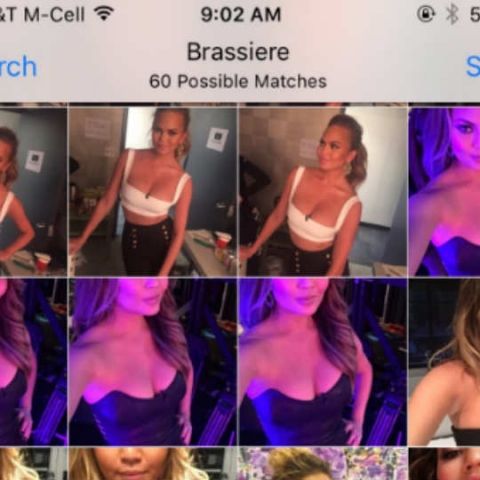 Sounds ridiculous, right? We thought so too, when we first heard it.

Unsettling news hit Twitter on Monday as the existence of a very strange iPhone behaviour stirred up Apple users. A Tweet by user @ellieeewbu went viral and was retweeted over 15,000 times. What did it say? While it has always existed, the Tweet just made everyone realise that the Photos app on iPhone runs a machine learning algorithm to club images under folders recognisable by keywords.

Much to everyone’s shock, the app automatically clubs semi-nude images of women in a folder called ‘Brassiere’. These can be photos in your swimsuits, crop tops, bras or even your birthday suit. Yes, we checked and it does seem to exist. It may sound uncomfortable to some, and outright strange to others, but Apple has good reason for the existence of the 'Brassiere' folder. Although the company has not issued any official statements, it is a fact that the Photos app on iOS can understand contexts like objects, faces, timelines, a specific location, and more.

However, discovery of the ‘Brassiere’ folder led to some discomfort amongst users (especially women), who took to social media to express their anger (Read Tweets below).

Apple’s photos app allows users to search for a number of keywords, including - dogs, cats, family and more, to bring up images related to those keywords. ‘Brassiere’ is one of the pre-selected keyword that Apple has fed into the photos app, however, words like ‘underwear’ and ‘lingerie’ are not. As The Verge highlights, a 2016 Medium post by developer Kenny Yin detailed all the 4,432 keywords that the Photos app can recognise when it gained the capability a year ago. Yin had discovered the list within the code for macOS Sierra’s Photos app. Turns out 'Brassiere' was a part of that list and no one really paid attention or raised an alarm at the time.

Thankfully, this is not how Apple clubs photos on your cloud backup. The sorting of images to the ‘Brassiere’ folder, or any other keyword specific folder for that matter, happens locally on your iPhone even if you sync images with your iCloud account. Apple’s machine learning algo runs only on your device, so you can be rest assured that your bra photos are not classified into a folder on the cloud, just waiting to be searched.

Google, we know you are doing it too. A search on Google Photos with the term 'Brassiere' also works the same way, although it does spout out mixed results and clubs unrelated images as well. Google Photos also seems to recognise words like 'lingerie', but not 'underwear' or 'naked'. Google has had object recognition for Photos since 2013, but somehow, the internet is not too upset with the Mountain View based search giant for similar behaviour.

ATTENTION ALL GIRLS ALL GIRLS!!! Go to your photos and type in the ‘Brassiere’ why are apple saving these and made it a folder!!?!!?

#iPhone #AppleNews PLEASE EXPLAIN this apple . Why do my bra or brassiere pictures only show up in its own file. EXPLAIN this perverseness. pic.twitter.com/kEjmL2J0A2

Why the fuck does @Apple’s photo search in our albums on our iPhones have a “brassiere” category....?! This pisses me off

Apple being weird with this brassiere folder shit.

Girls, type “brassiere” into your iphotos , it comes up a album of all boob/cleavage photos you’ve taken made by apple. Wtf??