Karbonn Titanium Mach One Plus with Swift Key keyboard launched at Rs. 6,990

Karbonn has launched a new budget Android Lollipop based smartphone with Swiftkey keyboard 5.3, supporting 22 Indian languages. Karbonn Titanium Mach One Plus will be available at all major e-commerce sites and retail stores across the country. 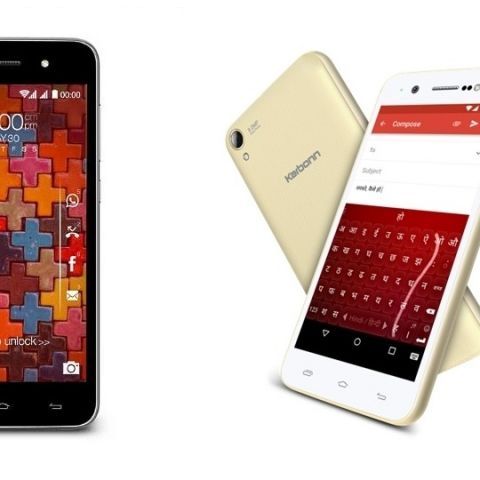 The Karbonn Titanium Mach One Plus is one of the first handsets to ship with Swift Key keypad integration, offering 22 Indian languages out of the box. On the UI front the Mach One Plus will run on the new ‘Material Light’ theme developed along with Swiftkey running on top of Android Lollipop. The handset is priced at Rs. 6, 990 in India.

The Mach One Plus is an upgrade to the previous Karbonn Titanium Mach One, which we reviewed some time back, the smartphone offers a 4.7-inch with 1280 x 720 pixel resolution. Under the hood, the phone is powered by a 1.3GHz MediaTek quad-core SoC supported with 2GB RAM. On the storage front, the Karbonn Titanium Mach One Plus comes with 16GB internal storage that can by further expanded up to 32GB via microSD card. Moving on to the camera, the phone sports an 8-megapixel sensor based rear camera with LED flash and autofocus, while the front selfie camera comes with a 5-megapixel BSI sensor. The Karbonn Mach One Plus houses a 1,800mAh Lithium-ion battery that claims 6 hours of talktime and 250 hours of standby endurance.  As mentioned at the start, the Karbonn smartphone runs on Android Lollipop out of the box and will be available in three color options - blue, black and white.

Given its pricing, the phone will be competing with the likes of Xiaomi Redmi 2 and Yu Yuphoria, that’s some stiff competition!