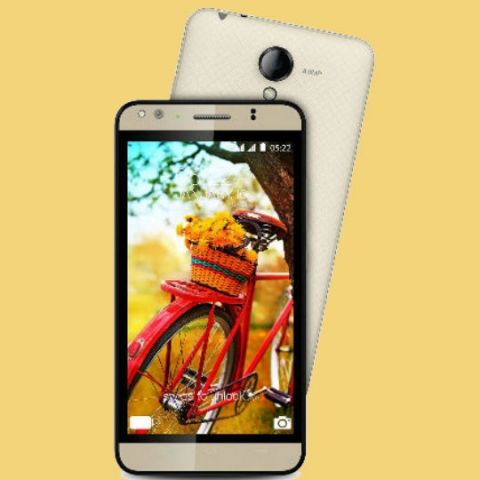 Karbonn has launched its new smartphone called the Titanium Mach Five. The phone is priced at Rs. 5,999 and comes with Android Lollipop 5.0 out of the box. Other than the latest OS, the smartphone is packed with a 1.3 GHz quad-core processor and 2GB RAM.

Karbonn Titanium Mach Five also has an 8MP rear shooter with LED flash, and a 5MP front shooter with flash with BSI sensor for all the selfie lovers. The phone has 16GB of internal memory, which can be expanded up to 32 GB via an external memory card. Talking about the display, Karbonn Titanium Mach Five has 5-inch HD IPS display with a resolution of 1280x720 and capacitive touch. As for the battery, phone comes with 2200mAh battery. Its thickness is 8.7mm and weight is around 159 grams.

Karbonn's latest device also comes pre-loaded with Peel Smart Remote app and SwiftKey Keypad. The phone is available exclusively on Amazon India. In addition to the launch of phone, Karboon also annouced that they have launched 110 smartphones and 245 feature phones in India, since their establishment in 2009. Karboon also has plans on investing Rs. 800 crore for mobile productions in India, over a period of 3 years.

Before this phone, Karbonn launched the Karbonn Titanium Mach One and Mach Two. Karbonn Mach One comes with 4.7" 720p IPS display, 1.3 GHz quad-core processor, 1GB RAM, and 8MP/5 MP camera. On the other hand, Mach Two has a 5" HD display with Gorilla Glass 3 protection, 1.2 GHz octa-core processor, 1GB RAM, and 8MP front and rear shooter. Both of the phones are running, Android KitKat 4.4.