KaiOS now runs on 100 million devices. In India, KaiOS powered the JioPhone 1 and JioPhone 2. The $50 million Series B funding is lead by Cathay Innovation, Google, and TCL Holdings. 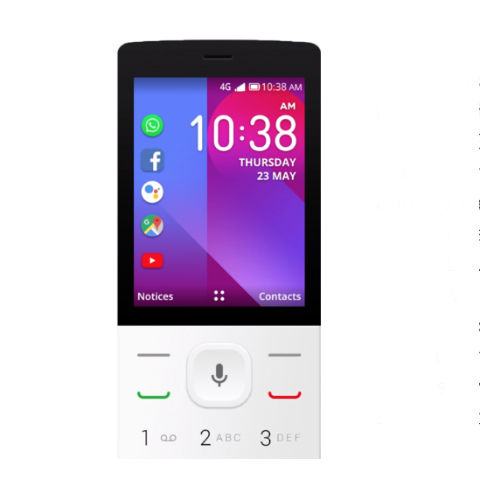 KaiOS, the operating system that powers smart feature phones like JioPhone(₹ 1500 at amazon) in India and Orange Sanza in Africa, now runs on 100 million devices across 100 countries. Previously, Google had invested $22 million in KaiOS and also collaborated to make some Google apps and other features available on the platform. Now, KaiOS has raised $50 million more in Series B funding led by Cathay Innovation, a global venture capital fund, Google, and TCL Holdings.

In a press statement, KaiOS announced that smart feature phones running the OS are now shipping to 100 countries across the world. With the $50 million infusion, KaiOS plans to expand into new markets, and invest in product portfolio research and development. The makers of KaiOS also want to strengthen their developer community to offer better experiences to smart feature phone users.

“Our mission is to open up new possibilities for individuals, organizations, and society by bringing mobile connectivity to the billions of people without internet in emerging markets, as well as providing those in established markets with an alternative to smartphones,” said Sebastien Codeville, CEO of KaiOS Technologies. “We achieve this by collaborating closely with our business partners, enabling them to transform their business models with exciting new products and offerings, especially for first-time internet users. This Series B round allows us to accelerate these efforts and increase the impact we can make in societies around the world, one phone at a time,” he added.

Kai attributes the growth of the OS to companies like Reliance Jio, Google, Facebook, Twitter, Orange, MTN, Qualcomm, and others. The company’s press statement also highlighted a recent Counterpoint report which projects that the smart feature phones market is a $28 billion dollar opportunity in the next three years.

“KaiOS is already the third mobile OS globally and one of the most impactful tech startups in the world. It has the potential to transform the lives of billions of people by giving them access to the internet for the first time,” said Denis Barrier, Co-Founder and CEO of Cathay Innovation. The company aims to convert the 1.5 billion + feature phone users to smart feature phone users.