An image shows the JioPhone with a melted rear panel. The phone allegedly exploded while charging but a distributor inspecting the phone said it's not the battery’s fault. 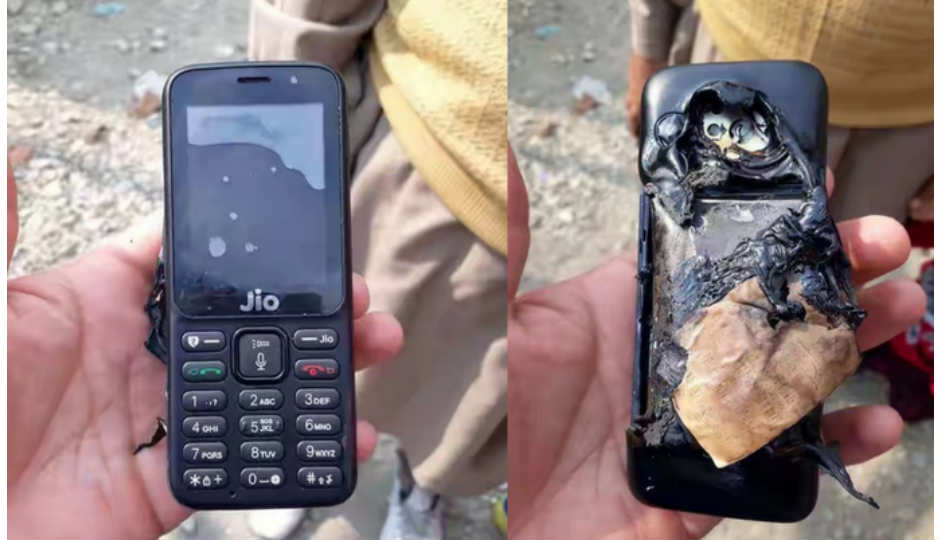 A report by Phone Radar has surfaced online which reports of a JioPhone exploding and melting in Kashmir. An image of the feature phone shows the rear of the device completely melted, revealing its camera housing. The front of the device shows no signs of damage and seems intact. The report says that a LYF distributor investigating the feature phone mentions that even though the rear cover was completely melted, there is no damage to the battery or the front of the phone.

The LYF phone distributor also said that the battery was still working and if it was the battery’s fault, it would have exploded as well. An image showing a melted charging cable was also posted, suggesting that it could be the charger’s fault. Commenting on the incident, a Reliance Retail spokesperson said, “JioPhones are designed and manufactured with global standards, and each phone goes through stringent quality control process. The said incident has been reported to us. Our initial investigation suggests that this is a case of intentional sabotage.” He further added, “The damage to the device seems to have been intentionally caused. The incident, as well as its timing, has been designed by vested interests to malign the brand. We will take appropriate action based on further investigations.”

Reliance Jio is expected to begin pre-order for its JioPhone soon. The company is reportedly working to deliver JioPhones to those who pre-booked the device during the first pre-order held in August.

In order to compete with the JioPhone, Airtel has launched its Karbonn A40 Indian, priced at Rs 1,399. Micromax also launched the Bharat 1, priced at Rs 2,200, to take on the JioPhone. You can read our comparison of the three low cost 4G phones here.