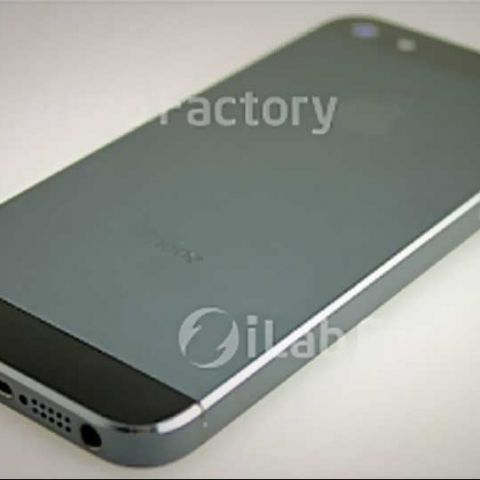 The new rumours making the rounds on the Internet show how the iPhone 5 may look like, from a sort of final assembly of the device from the leaked parts. Japanese repair shop site, iLab Factory, has obtained some parts of the next gen-iPhone and shows off what the device may look like.

The first thing that you will notice is that the device has a darker metal frame with flattened edges as compared to the 4S that has a glass back finish. The screen of the device too appears to be bigger than the 3.5-inch display found on the iPhone 4S.

One of the biggest changes to the new iPhone is that its dock connector appears to be smaller. Rumours of the smaller dock connector were making the rounds on the Internet before the launch of the third-gen iPad but these rumours were proven wrong when the device was unveiled earlier this year.

Another noticeable change on the device is that the location of the headphones jack has moved from the top of the device to the bottom.

The Internet usually buzzes with a plethora of rumours especially before the launch of an Apple product. These rumours will of course be put to rest once the next-gen iPhone is unveiled around September.

A video too has surfaced on YouTube showcasing the housing of the next gen iPhone. You can enjoy the video below courtesy macotakara.