As the launch of the 2019 iPhones inches closer, we’re getting more and more confirmation that at least two variants of the iPhone XI will come with a triple camera setup. A new leak from tipster Ben Geskin shows that the past renders of the iPhone XI are still holding strong and little has changed in the design of the square camera module. Digit.in, in partnership with OnLeaks, had revealed the first renders on the upcoming iPhone XI with triple cameras in a square module back in January. Since then, numerous leaks and schematics have confirmed our exclusive.

The new leak reveals a mockup of the iPhone 11 and the iPhone 11 Max, in the new gold colour variant that Apple debuted with the iPhone XS. There are three giant cameras housed in a square module on the corner. Like we have seen previously, two cameras are aligned vertically, while the third one is offset from the center. The flash module sits above the third camera, with little to no symmetry. 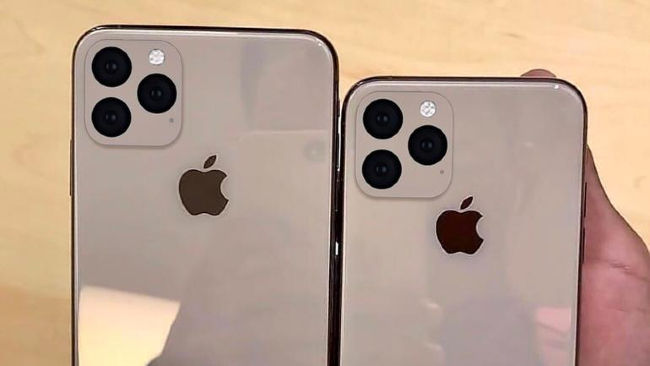 On top of that, 9to5Mac reportedly used three prototype cases of the 2019 iPhones which were then released in a video. The hands-on video of the cases reveal the same giant triple-camera module. Interestingly, the video claims all the three cases that were shipped to the publication had the cutout for triple-cameras. This is in contrast to previous leaks which claimed the iPhone XR refresh will not come with triple-cameras.

The video also delves into some of the little details like the placement of the volume buttons and the mute button is slightly lower than before. This is probably to improve the ergonomics of the device. The cases also seem to fit the present-generation iPhones in size, indicating that Apple will not increase the footprint of the devices this year.

If the above information are correct, the 2019 iPhones are going to follow the Galaxy S10+ in offering a triple-camera setup. Rumour has it that the third camera will be a 12-megapixel super wide lens. Apple will also reportedly attempt to make the giant camera bump look more aesthetic by using a special black coating.