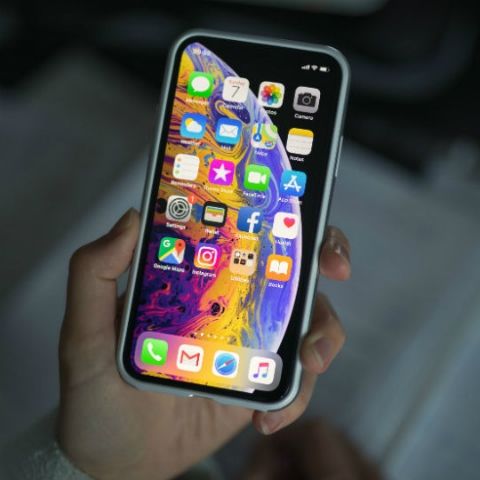 Apple will be hosting its annual Worldwide Developers Conference (WWDC) from June 3 to June 7. The company is expected to make some key announcements there and the next version of the operating system for its mobile devices, iOS 13, is expected to be one of them. While there have been reports and rumours of what we can expect from the new operating system, quoting people familiar with the software’s development, 9to5Mac has outed a slew of features that it claims we will see in iOS 13. These features include a system-wide dark mode, multitasking, undo gesture, improvements to the Safari browser and more. Let’s go over the reported features in detail.

As per the report, Apple could finally implement a system-wide dark mode colour scheme with iOS 13. The option to switch to the new colour scheme is said to be included in device settings, along with a high contrast version, which is already available on macOS. Additionally, apps developed under the company’s Marzipan project will also be able to benefit from dark mode support on both macOS and iOS. Marzipan enables developers to create one cross-platform app that need not be remade for iPhones and iPads.

The iPad will apparently be updated to feature better multitasking functionality with iOS 13. There might be a new feature that enables apps to have multiple windows that contains ‘sheets’. These sheets can be dragged to detach for converting into a card that can be moved freely around the screen. The feature is said to resemble the open-source project “panelKit”.

Some improvements to Apple’s in-built web browser Safari are also expected with iOS 13. To prevent a common issue of mobile pages being rendered on iPads, the browser is said to request the desktop version of websites automatically. Additionally, to undo something typed in a text field, one has to shake their iPhone or iPad. A new gesture might finally be made available. It might enable users to simply tap three fingers on the keyboard and swipe left or right to undo or redo respectively. When using the keyboard after updating to the new OS, a tutorial is said to pop-up that teaches users how to use the new option.

Coming to font management, Apple could do away with the need of installing a profile to get new system fonts. With iOS 13, there might be a new font management panel in Settings and a standard font picker will reportedly be made available for developers so that whenever a document with missing fonts is loaded, the user will be notified.

The report goes on to reveal that iOS 13 might bring better methods to select multiple items at once. Users might simply need to drag with multiple fingers over a list or a collection of items to select several items at once. The native Mail app could also be revamped to organise mail into different categories like purchases, travel, “not important,” marketing and more. Learning from other email clients, Apple could finally allow users to read an email later by adding it to a "read later" list.

As per the report, iOS 13 might feature an updated Reminders app that might also be made available on the Mac. A new, less intrusive volume HUD could also be introduced, along with updated rejection for “Hey Siri” for accidental triggers, expanded in-app printing controls, better multilingual support for keyboards and dictation. Finally, developers could et to use a different status bar style (light or dark) for each side of an in-app split view. The Split View option for Marzipan apps would enable apps to be resized when they are dragged to the divider and reset when double-clicking the divider, similar to how Split View apps behave on the Mac.