Huawei has had a good 2018 as far as its smartphone business is concerned. The company also managed to grab a spot in the top five brands that shipped maximum number of smartphones in the second quarter of 2018 in India. The Chinese company brought a triple-rear camera system to its P20 Pro smartphone and introduced a gradient coloured back panel on it. These innovations have put the foundation for other smartphone makers to come out with similar styles to make their phones look cool. Now, a report has claimed that Huawei is planning to bring two more gradient colours to the flagship P20 Pro at IFA 2018, which will be held from August 31 to September 3 in Berlin, Germany.

Android Authority claims that Huawei’s will launch two new gradient-adorning colours during Richard Yu’s keynote at IFA. “We’ve seen images of the new colors and verified their existence, but we can’t reveal any photos or their names to protect our source,” the platform said. The first colour is said to be inspired by the night sky and the aurora borealis. The gradient colour style is claimed to use “a wider color gamut than the twilight P20 Pro gradient but shares some of the same colours.” The gradient starts at black on the left and becomes turquoise at the right of the phone. It uses the purple and blue hues of the original twilight P20 Pro. 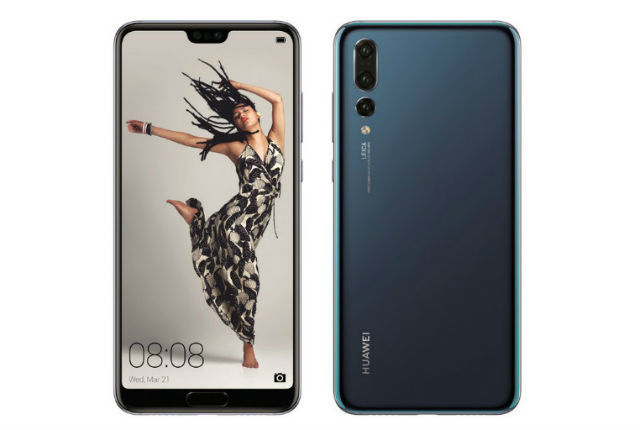 The second colour is said to be is inspired by the sea, sea shells and pearls. The phone is claimed to have white with yellow and pink colours in a gradient fashion. Android Authority says that the whole design is very similar to the Rose Gold colour of the P20, which features a gradient from white to pink.

Besides the new colours in the P20 Pro, Huawei is also expected to announce the Kirin 980 SoC based on TSMC's 7nm FinFET fabrication process at IFA this year.

The Huawei P20 Pro is powered by the Kirin 970 SoC, which comes with a dedicated Neural Processing Unit (NPU) onboard and are running on EMUI 8.1 based on Android 8.1 Oreo. It features a 6.1-inch full-HD+ OLED FullView display. The triple-camera setup on the huawei P20 Pro comes with a 40MP RGB 1/1.7-inch sensor, a 20MP monochrome sensor and an 8MP sensor with a telephoto lens, which is capable of 3x optical zoom. On the front, it is equipped with a 24.8MP camera which supports 3D portrait lighting effect. The Huawei P20 Pro is powered by a 4,000mAh battery and is IP67 certified dust and water resistant. You can read our review of the smartphone here and the breakdown of the camera and its features here.