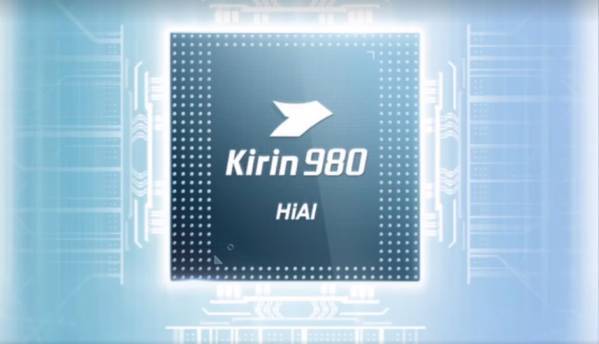 The HiSilicon Kirin 980 processor that launched at IFA 2018 in Berlin, will feature in Huawei and Honor’s flagship phones this year. The chipset touts a lot of industry-first features, but the company did not disclose some key details about the SoC including the clock frequencies and the CPU clusters. Now, they are starting to surface.

The Kirin 980 SoC is the world’s first 7nm-based chipset. At an event in China called Knowledge-core, a Huawei spokesperson announced the clock speeds of the eight cores in the SoC. The Kirin 980 has three separate clusters, each with their own clock speeds. There are two Cortex-A76 cores clocked at 2.6GHz and another pair of Cortex-A76 clocked at 1.92GHz. The other four cores are Cortex-A55 cores clocked at 1.8GHz.

The high performance cores clocked at 2.6GHz are meant for short, heavy tasks like launching an app, or when an app demands more resources. The lower clocked Cortex A76 cores clocked at 1.92GHz will be used most of the time along with the low-power Cortex A55 cluster.

According to Huawei, it’ll be a rare scenario to see all the eight cores in action as the power intake and temperature will rise rapidly. Huawei developed a Kirin CPU subsystem to flexibly allocate the resources to the right cores. The Cortex-A76 cores are relatively bigger in size and perhaps that’s the reason why Huawei thought of splitting the two clusters.

At the launched event, Huawei claimed that the new 7nm-chipset will deliver 37 percent better performance and will be 32 percent more power efficient, as compared to the Snapdragon 845. The chipset also features a Dual-Neural Processing Unit to augment on-device AI tasks. The Kirin 980 can recognise up to 4,600 images per minute which is 120 percent more than the previous Kirin 970.

TSMC’s 7nm process enabled the chipset to pack 6.9 billion transistors within a die size of one centimeter square, which is 1.6 times more than the previous generation. The CPU is paired with a Mali-G76 GPU that the company claims deliver 46 percent better graphics and a whopping 178 percent improved power efficiency over the previous generation.