Huawei has published a teaser on Weibo highlighting the launch date of its next foldable phone. The device is called the Huawei Mate X2. It will be unveiled on February 22, 2021. 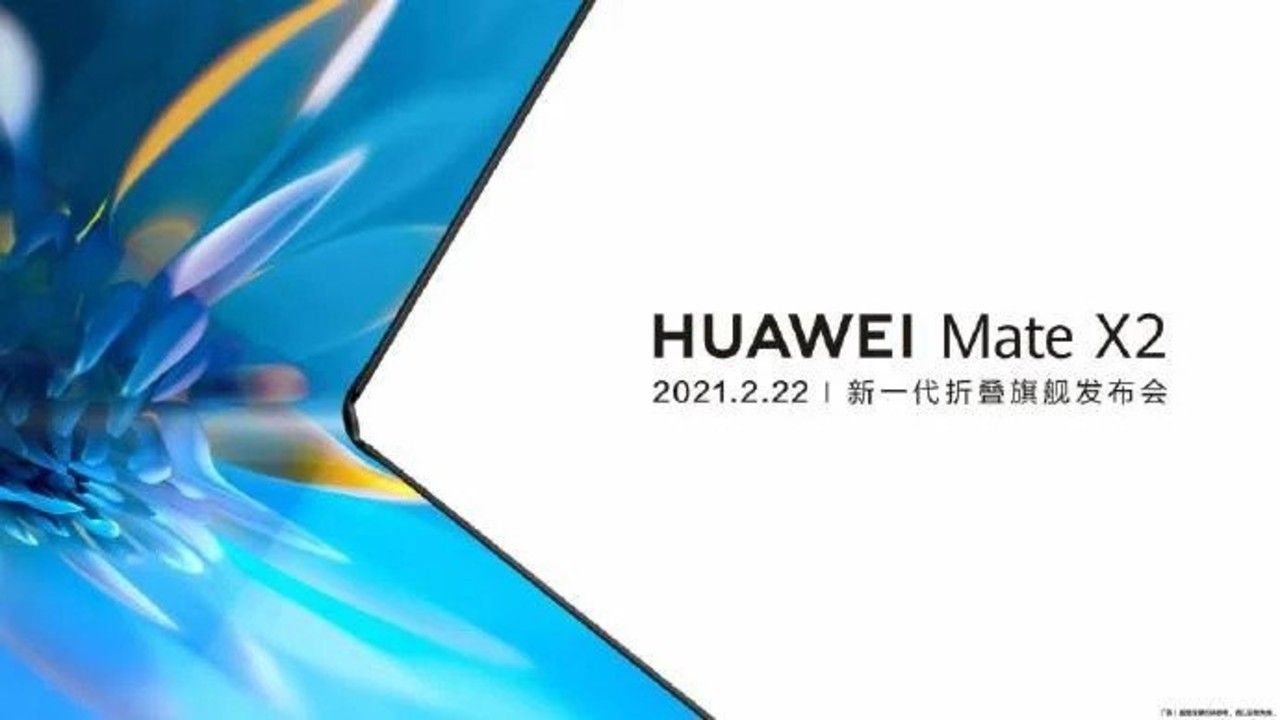 The Mate X2 will be the third foldable phone from Huawei.

According to the teaser posted on microblogging website Weibo, Huawei will unveil the device at an event in China on February 22. The official teaser for the Huawei Mate X2 has just an image of the phone folding, along with the name of the device and the date of the event.

As per leaked information, the Mate X2 could sport an 8.01-inch primary display and a 6.45-inch secondary display upfront. The Mate X2 is expected to be powered by the 5nm Kirin 9000 chipset. This is the same chipset powering the Mate 40 smartphones.

For the optics, it is speculated that the Huawei Mate X2 has a quad-camera setup with a 50MP primary camera. The device is also expected to have a 16MP selfie camera. Other leaked specifications hint at a 4400mAh battery with 66W wired charging. The Mate X2 is also expected to support 5G.  For the UI, it is expected to run on Android-based EMUI 11 out of the box.

There is no information available about the price of the Mate X2, but considering the premium nature of foldable phones, we can expect it to pack a premium price. There is also no information on whether the device will make its way to India.