Huawei Mate 20, Mate 20 Pro to launch at 6:30 PM today: How to watch live stream and rumour roundup with expected pricing 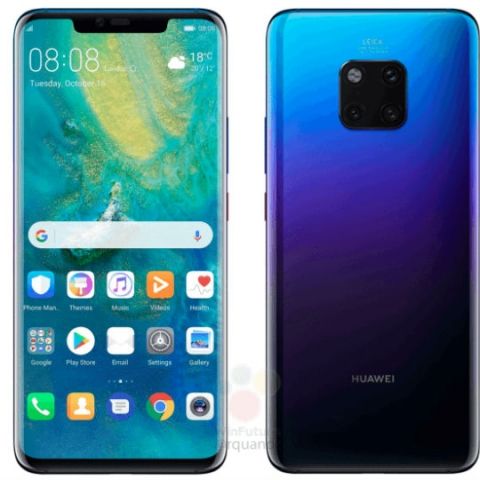 In a few hours, Huawei will unveil its flagship Mate 20 Pro and the Mate 20 smartphones in an event in London. As the Mate 20 Pro has leaked numerous times, there is not much left to discover about it but we will surely be covering the launch to bring you the scoop on what new features and hardware it brings to the table. Rumours of the device suggest that the phone will feature a Leica branded triple-rear camera setup and could come with an in-display fingerprint sensor. The launch event will be live streamed via Huawei’s social media pages but you can watch it here from the video embedded below.

The Huawei Mate 20 Pro will reportedly feature a 6.39-inch OLED display with a 3120 x 1440p resolution. The display might have an overall aspect ratio of 19.5:9 and feature a notch on top which may house a 24MP sensor, along with an IR laser module to facilitate face unlock, which is speculated to be something similar to the Face ID on the iPhone X. Leaked images of the device suggests that the handset will feature a thin-bezel design and could, unfortunately, skip on a 3.5mm audio jack. The smartphone could be backed by a 4200 mAh battery.

The Mate 20 Pro is confirmed to run on the company’s latest Kirin 980 SoC, which is based on a 7nm architecture, and could be launched in 6GB or 8GB RAM variants. Depending on the market where it’s released, it could feature 128GB, 256GB and 512GB of internal storage. In terms of optics, the Huawei Mate 20 Pro could borrow the same sensor size and configuration as the P20 Pro. It is said to feature 40 MP + 20MP + 8MP sensors on the rear that are arranged in a square at the centre. Additionally, the smartphone could double up as a wireless charging pad, however, we will wait to test how efficient it is as wireless charging in itself is quite slow.

The Huawei Mate 20 is expected to feature the same 6.4-inch OLED display as the Pro variant but is reported to feature a waterdrop notch on top. It is expected to launch running on the same chipset as the Mate 20 Pro, the Kirin 980. The device is said to come with 4GB, 6GB and 8GB RAM models with options storage options between 64GB and 512GB. Leaked images of the phone suggest that instead of an in-display fingerprint sensor, it could come one on the rear panel. The bezels also seem to be slimmer on the Mate 20 and it could be running on a 4000 mAh battery. The Huawei Mate 20 is expected to get the same triple camera configuration as the Mate 20 Pro.