HTC unveils One A9, first non-Nexus device with Android Marshmallow 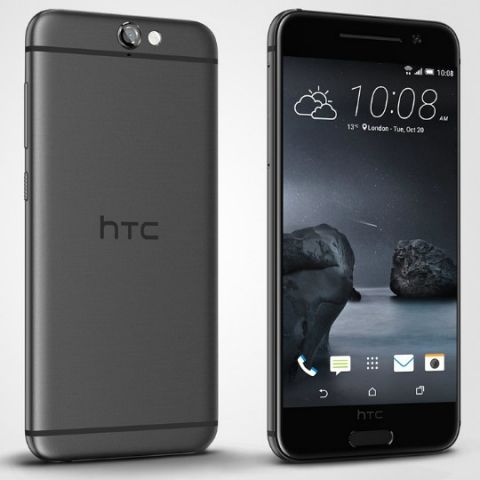 HTC has announced the One A9, the first non-Nexus device to come with Android Marshmallow v6.0 already installed. The One A9 comes with a metal unibody chassis with 2.5D Gorilla Glass 4 protection and looks quite similar to iPhones. According to HTC, the body is designed from scratch, and blends signature elements from its previous phones. The device is available in Opal Silver, Carbon Grey, Deep Garnet and Topaz Gold.

The One A9 comes with a 5-inch AMOLED Full HD display. The device is powered by Qualcomm Snapdragon 617 SoC. It will also come in two variants, one with 2GB of RAM and 16GB of storage, and another with 3GB of RAM and 32GB of storage. Both variants have microSD card slots for storage expansion. At the back is a 13MP camera with optical image stabilisation (OIS) that is capable of recording 1080p videos and RAW images. At the front is a 4MP UltraPixel camera. The phone comes with a 2150mAh battery that supports Quick Charge 2.0 and 3.0. However, the One A9 does not feature HTC’s front-facing BoomSound speakers. The Home button of the HTC One A9 is also a fingerprint scanner. The sensor can also be used for Play Store payments.

The HTC One A9 was expected to be announced during HTC’s event held on September 29. However, HTC instead announced the HTC Butterfly 3 and the HTC One M9+ Supreme Camera (Aurora Edition). The HTC Butterfly 3 is the international variant of the HTC J Butterfly. The phone comes with a 5.2-inch QHD display. At the back of the device is a 20.2MP Duo camera OIS. The device is powered by a Snapdragon 810 SoC with 3GB RAM. The One M9+ Supreme Camera is an updated version of the One M9+. It comes with a 21MP camera with OIS with phase detection and laser-assisted autofocus. The rest of the specifications of the phone are the same as that of the HTC One M9+.

HTC HTC One A9
Advertisements