HTC U12 might launch in new White Matte variant with Snapdragon 845 processor: Reports

The upcoming HTC flagship smartphone will reportedly be quite similar to its predecessor in terms of design but it could launch in an all new Matte White colour variant. 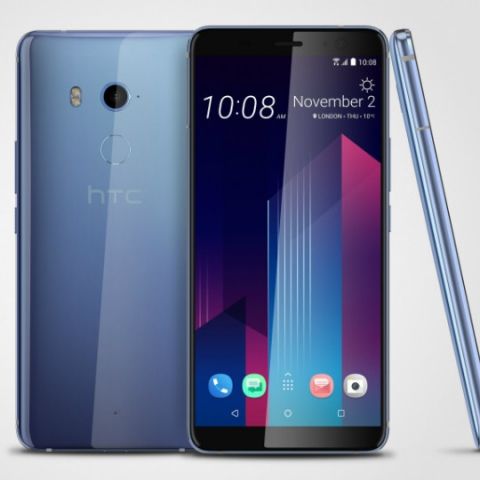 HTC is yet to reveal its flagship smartphone for 2018, the U12, which is rumoured to be in the works. A couple of new reports have surfaced, hinting at the device’s design and specifications. First report is by HTCSource, which says that the HTC U12 will share many design similarities with its predecessor and feature “a metal frame which will be sandwiched between curved glass on the front and back of the phone.” It is also said to come with a rear placed fingerprint sensor and dual rear camera setup. Additionally, It could also launch in an all new matte white finish, which is a first for any HTC handset.

Almost the entire alleged specification of the HTC U12 was revealed on Twitter by the developer LlabTooFer as well. As per the tweet, the smartphone could be powered by a Qualcomm Snapdragon 845 SoC and come with up to 6GB RAM and up to 256GB onboard storage. It might feature a 5.99-inch QHD+ display and run on HTC Edge Sense UI 2.0 on top of Android 8.0 Oreo out-of-the-box.

In terms of camera, the smartphone could be equipped with a 12mp + 16mp (Sony IMX3xx) dual rear camera setup and come with an 8MP front facing sensor. It is speculated to be IP68 certified and will purportedly be powered by a 3420mAh battery. The HTC U12 is also said to come in a dual/single SIM variants, full Project Treble support, face unlock and Edge Sense 2.0 feature as well.

Similar to the last year’s HTC U11, it’s speculated that the company could also launch the U12 sometime in April this year. With the set of rumoured specifications it might come with, it will rival Samsung’s recently launched Galaxy S9 series smartphones.