The HTC U12 Life is also tipped to come with 4GB RAM and launch running on Android 8.1 Oreo. 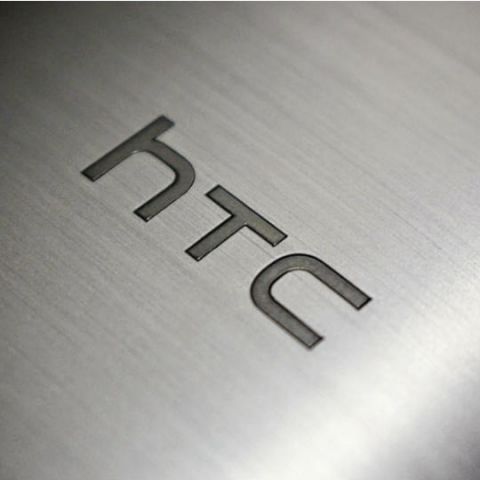 HTC recently announced that it will launch a new U-series of a smartphone on August 30 but didn’t give out any details on what to expect. It was rumoured that the HTC U12 Life might be announced at the event and reaffirming speculation, it has now popped up on Geekbench ahead of the launch. Hardware specifications of the upcoming device were scarce, but thanks to the listing, we now have some idea of what it could incorporate. As per the listing, via GSMArena, the HTC U12 Life could be powered by the Snapdragon 660 octa-core SoC instead of the previously speculated Qualcomm Snapdragon 636 platform. In line with previous rumours, the smartphone is listed running on Android 8.1 Oreo.

The HTC U12 Life could come with 4GB RAM and even though there is no mention of the internal storage, it might be shipped with 64GB of storage. There could also be a faster variant of the smartphone with additional RAM and onboard storage. The handset could be backed by a 3600mAh battery, feature a rear-mounted fingerprint sensor and come with dual-SIM support.

The smartphone was leaked last month and rumours suggest that it could be priced around $349 (Rs 24,400 approx). Its codename is reportedly “Imagine Life” and it is tipped to feature dual-rear cameras, and feature a 6-inch FHD+ 18:9 display sans a notch. Talking about the optics, the U12 Life is speculated to feature 16MP+5MP dual-rear cameras with Phase Detection Autofocus (PDAF), and support for 4K video recording. On the front, it might feature a 13MP sensor with dedicated flash and beauty mode. 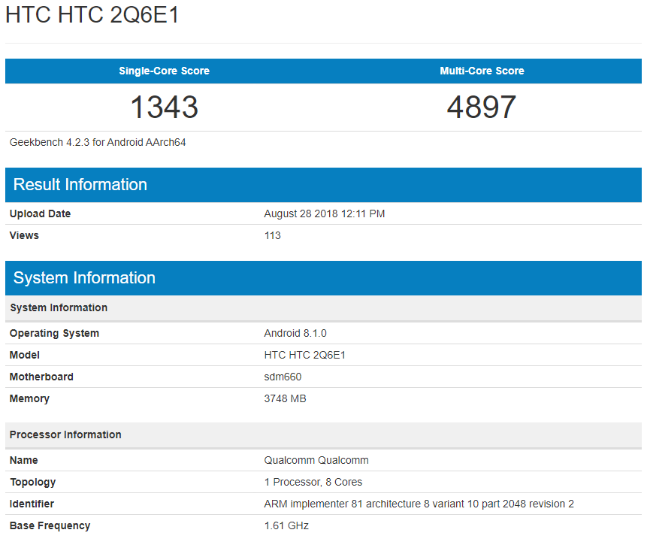 HTC has reportedly hit troubled waters as it’s ceasing operations in India and the company is said to have less than 1 percent share in the country's smartphone market. However, it is not looking to completely wrap up operations in India as it plans to sell virtual reality devices online, while the remainder of its business in the country will be controlled from Taiwan.

The smartphone manufacturer is also planning to soon launch a new blockchain-based smartphone called ‘Exodus’, which is said to be the “world’s first major blockchain phone.” HTC has announced that the device will be revealed sometime in Q3, 2018 and ahead of the launch, the company has teamed up with a blockchain-based title called CryptoKitties, which is the “world’s biggest game to be built on blockchain technology.” Exodus is said to be “The first cold wallet phone with key recovery” and HTC has promised to share some more information on the blockchain phone in the coming months. You can read more about it here.