HTC to launch a bezel-less smartphone, teases new image ahead of launch

HTC is expected to launch two new smartphones at its November 2 event. The company has posted an image showing off the bezel-less design on its upcoming smartphone. 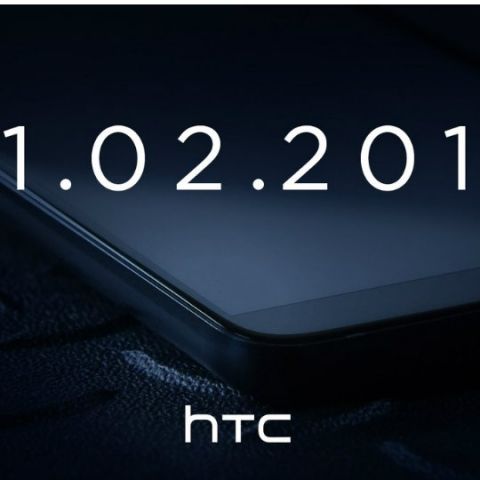 HTC is all set to launch a new smartphone on November 2 and the company is teasing the device in bits and pieces. HTC has teased an image of its soon to be launched smartphone on Twitter, and the image hints at a bezel-less display. The company had previously posted another picture, which revealed a rear mounted fingerprint sensor on the smartphone, along with a single camera setup.

The image also reveals that the new smartphone will not feature a home button. HTC’s previous smartphones such as the HTC U11 and the U Ultra were equipped with a fingerprint scanner, which was integrated with the home button. According to a previous report, HTC could be launching a flagship HTC U11 Plus smartphone and a mid-range U11 Life mobile at the event.

In terms of optics, the U11 Plus may feature a single 12MP rear camera with f/1.7 aperture and a dual-LED flash. It’s expected to sport an 8MP front facing camera for selfies. Going by the listing, the smartphone could be 9.2mm thick and pack a 3930mAh battery. Other expected features are the EdgeSense, BoomSound support and IP68 water resistance.

HTC’s alleged mid-ranged smartphone, the U11 Life was also spotted on Geekbench. The listing reveals a Snapdragon 660 chipset coupled with 3GB RAM and Android 7.1.1 operating system on the smartphone. The U11 Life is expected to sport a 5.2-inch display and come with 16MP front camera along with dual rear cameras. The smartphone could be powered by a 2600mAh battery.