HTC is working on a blockchain-powered smartphone called Exodus 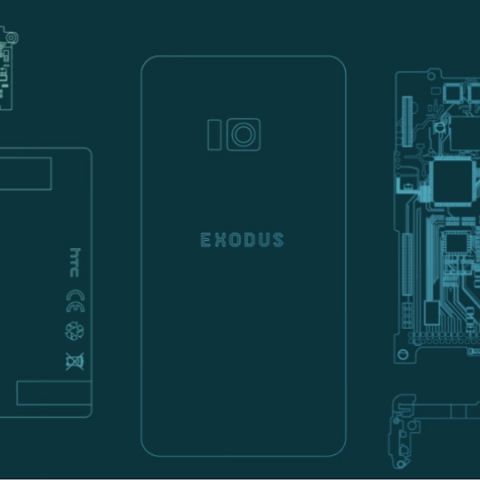 The Exodus is being tipped as the ‘agent of decentralisation’ and will be used to power its own blockhain apart from supporting cold storage wallet.

Artificial Intelligence is passè. Machine learning is now already an old buzzword. The future is blockchain. Or at least, that’s what HTC is putting its money on. The company announced its plans to develop a blockchain-powered Android phone named Exodus. The phone will have support for an universal wallet and come with hardware tuned for cryptocurrencies and decentralised apps.

As per a report by The Next Web, the project is being led by Phil Chen, who founded the HTC Vive division. In fact, the Taiwan-based company is the latest to dabble in blockchain. Facebook and Instagram both have started a blockchain division as well while  a few months earlier, Sirin Labs announced a blockchain-powered smartphone called Finney, although it hasn’t gone on sale yet.

Chen spoke at the New York City blockchain conference, Consensus 2018. He said, “We envision a phone where you hold your own keys, you own your own identity and data, and your phone is the hub.” The Exodus is being tipped as the ‘agent of decentralisation’ and Phil Chen, the ‘decentralised chief officer.’

At the core of the initiative will be a native blockchain network with all Exodus phones becoming nodes to facilitate crypto trading among those have the phone. Exodus will support blockchain protocols like Bitcoin, Lightning Networks, Ethereum, Dfinity and more.

There are no images of the phone, but there is a product drawing as revealed by HTC themselves. The company is so invested in the idea of blockchain that it is considering accepting cryptocurrency as a form of payment for the phone.

As a concept, Blockchain-powered smartphones integrate cold wallet storage right within them that offers better security and user experience. This allows trading in native crypto directly with peers on the phone’s network without having to pay mining fees. However, it’s not that a cold storage wallet can only be deployed on blockchain-enabled smartphones. Any average smartphone can support it as well with the help of software. Trading in bitcoins will attract mining fees anyway.