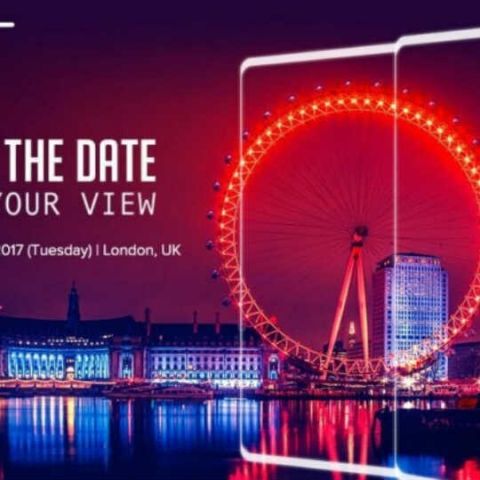 Honor, the e-brand of Huawei, is not planning to slow down on the launch of smartphones with a bezel-less design this year. The company launched Honor 7X, the successor to Honor 7 with new bezel-less display design yesterday and now plans to introduce one more smartphone with thin bezel design on December 5.

According to media reports, the company has started sending out media invites for an event in London on December. The invite comes with the tagline "Max Your View" and shows the design of a smartphone with very thin top and bottom bezels. The invite clearly suggests that it will be a phablet with rounded corners and probably feature a 2.5D curved glass on top for more ergonomic finish. 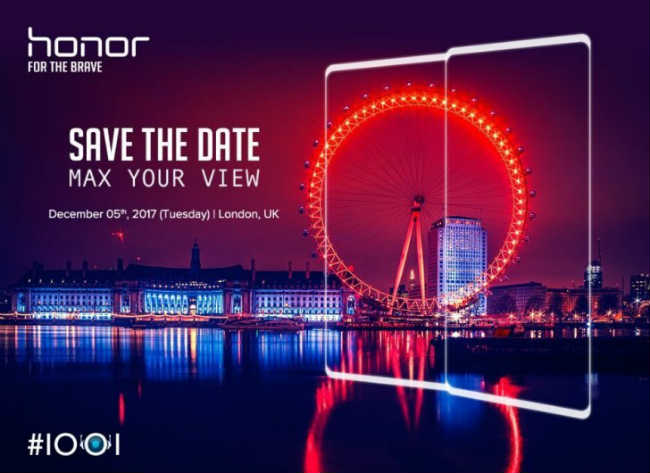 The invite also shows hashtag #IOOI which suggests it will offer dual camera setup. The invite also hints at the implementation of AI technology and might use company's Kirin 970 chipset, which has a dedicated neural processing unit for offloading AI tasks. Huawei Mate 10 and Mate 10 Pro, the flagship smartphones launching next week will be the first to house the Kirin 970 chipset with dedicated neural processing engine.

There isn't much detail on what Honor plans to launch apart from the invite but it might be Honor Note 9, a follow-up to last year's Honor Note 8 phablet or new flagship called Honor 10. Huawei and its sub-brand Honor has expanded its position in the smartphone segment and will probably be planning to further cement its position.