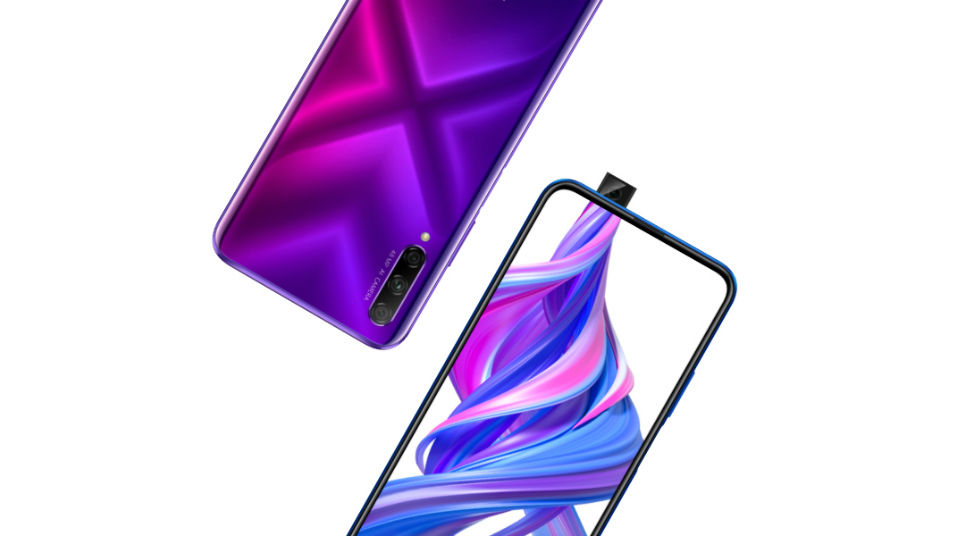 The Honor 9X Pro is confirmed to feature a triple-rear camera setup.

The smartphone will feature a pop-up camera.

Honor is gearing up to launch the Honor 9X Pro smartphone in China on July 23 and it has already revealed the handset’s rear panel in a teaser image. However, ahead of the official announcement, the handset is also showed off from the front as it goes up for pre-registration in the country. A handset is showed off from the rear and the front. There is a triple rear camera setup, along with a gradient design resembling an ‘X’ and as per the ongoing rumours, Honor 9X Pro is supposed to be the handset with triple rear cameras while the standard Honor 9X is said to come equipped with a dual rear-camera setup.

The Honor 9X Pro is also shown off from the front and as you can see in the image below, it features an almost bezel-less design without any notch. This is thanks to the removal front cameras from the top-bezel and housing them in a pop-up camera. While there are no additional details revealed by the pre-registration image of the handset, some additional details about it are known via its TENAA listing. As per the TENAA listing, the Honor 9X has model numbers HLK-TL00 and HLK-AL00, while the Honor 9X Pro has the model number HLK-AL10. The phones are officially confirmed by Honor to launch running on the latest Kirin 810 7nm chipset. 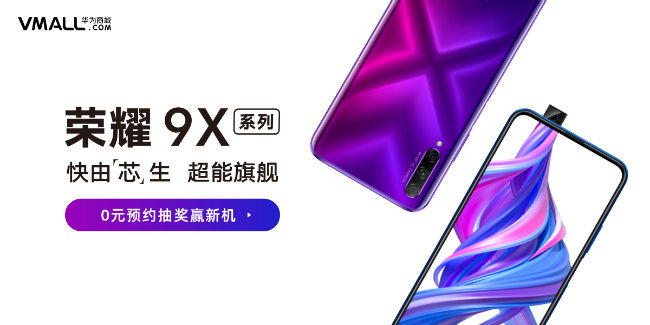 As for other hardware details, the TENAA listing hints at the presence of a 48MP rear camera, an 8MP ultra-wide lens and a 2MP camera on the back. It might feature a 16MP front-facing sensor in the pop-up module. The standard Honor 9X is speculated to get a similar dual camera setup on the back, except for the 8MP ultra-wide lens.

The Honor 9X could be announced with up to 8GB RAM and 256GB of internal storage. It is rumoured to come equipped with a 6.59-inch LCD display and could be backed by a 3900mAh battery. Both the phones are expected to run on Android 9 Pie based EMUI.