Honor announced two entry-level smartphones in India, the Honor 9A and Honor 9S. The smartphones will go on sale on Flipkart and Amazon, priced Rs 9,999 and Rs 6,499, respectively. 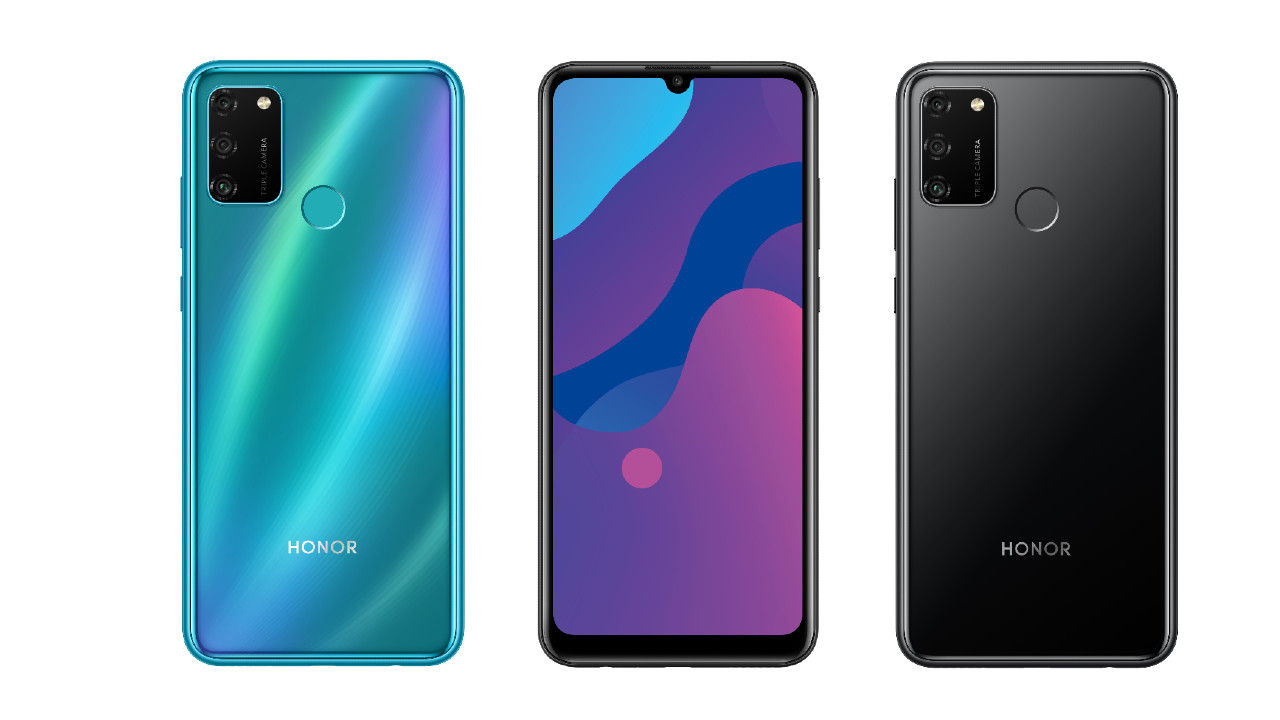 The Honor 9A(₹ 9999 at amazon) and Honor 9S smartphones have been announced in India, along with Honor’s first laptop in India - The MagicBook 15. The Honor 9A and Honor 9S are the latest from the brand to come to India, after the Honor 9X Pro and like the previous few releases, both of them run on Huawei Mobile Services and relies on the Huawei AppGallery for apps. The Honor MagicBook 15 is the company’s first laptop in India and comes with the AMD Ryzen 5 CPU under the hood. it is priced Rs 39,990.

The Honor 9A and 9S launched in India via a livestream and the smartphones will go on sale starting 6th August at 12 PM. The Honor 9A is an Amazon exclusive while the Honor 9S will be available on Flipkart.

The Honor 9A is priced at Rs 9,999 with a special discount for buyers ordering it in the first sale, taking the price down to Rs 8,999 with a Rs 1,000 discount. There’s also an additional 10 per cent discount for HDFC card users and No Cost EMI options of 6 months.

The Honor 9S is priced at Rs 6,499 and will be offered with no-cost EMI options and a discount of Rs 500 for those purchasing it during the first sale, bringing the price down to Rs 5,999.

Honor 9A specifications and features

The Honor 9A is an entry-level smartphone, and with a 6.3-inch HD+ display and an octa-core Helio P22 SoC with 3GB RAM and 64GB storage, it’s the more powerful of the two. The Honor 9A also comes with a 5,000mAh battery under the hood. The 9A also offers a rear-mounted fingerprint sensor and runs on Android 10 with Honor’s own MagicUI 3.1 on top. There’s also expandable storage support up to 512GB with a dedicated microSD slot and a 3.5mm headphone jack. Huawei’s Party Mode feature is also present.

The Honor 9S comes with a triple camera setup led by a 13MP primary camera with f/1.8 lens, along with a 5MP ultrawide camera with 120-degree FOV and a 2MP depth sensor for portraits. On the front, there is an 8MP selfie shooter.

The Honor 9S is the more affordable, and less powerful of the two. It features a 5.45-inch HD+ display with the MediaTek Helio P22 under the hood as well, but there’s just 2GB RAM and 32GB storage, and a smaller 3020mAh battery, which Honor claims delivers 17 hours of video playback. There’s also a dedicated microSD card slot. The Honor 9S runs on Android 10 as well with MagicUI 3.1 on top.

There’s a single 8MP primary camera with f/2.0 aperture at the back and a 5MP selfie shooter up front.

Does the Honor 9A and Honor 9S support Google Apps?

The burning question that pops up every time a Honor or Huawei smartphone launches these days, is whether they run on Huawei’s own Huawei Mobile Services or the default Google services that powers every other Android device in India? The answer is no. Like the Honor 9X Pro, the entry-level Honor 9A and Honor 9S also runs on Huawei Mobile Services (HMS) with Huawei AppGallery as the app store. There are ways to access your emails and apps like YouTube, but you won’t be able to enjoy the benefits of using Google Maps or Google Pay. You will also not be able to use WhatsApp on the phones. You can read more about how Honor's is tackling the absence of Google apps here.