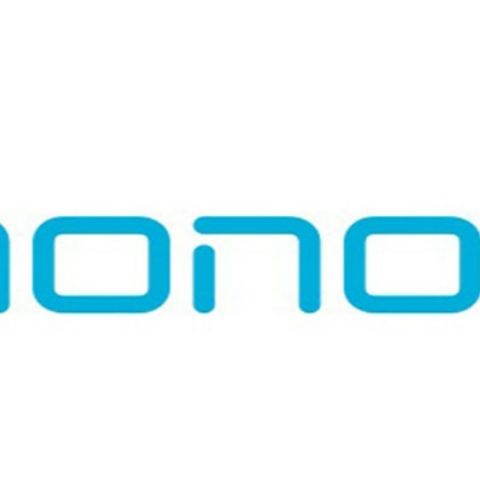 The poster design shows that the Honor 8X could launch with a cooling technology. According to the TENAA listing, it could sport a 7.12-inch Full HD+ display.

Honor is set to launch a new smartphone that could be called the ‘Honor 8X’. The company giant has shared a poster on Chinese microblogging website Weibo, which shows the text “8X”. The reason why it is assumed that the phone will be Honor 8X is because last week, an Honor phone with model number ARE-AL00 was spotted on TENAA. Just when speculation was building, an image of a retail box with “Honor 8X” written on it was leaked. The sequence of the revelations implies that Honor is all geared up to launch a new smartphone.

After observing the poster closely, we assumed that the text “8X” is actually formed by some broken ice and reveals a microprocessor beneath it. Given the colour tone of the poster, it is assumed that the Honor 8X will feature some sort of ‘cooling technology’ (or heat dispensation technology). Samsung recently incorporated a Water Carbon Cooling technology in the Galaxy Note 9 to keep the phone cool during intense usage sessions. Honor is also tipped to feature a similar tech that will prevent the phone to heat up a lot. 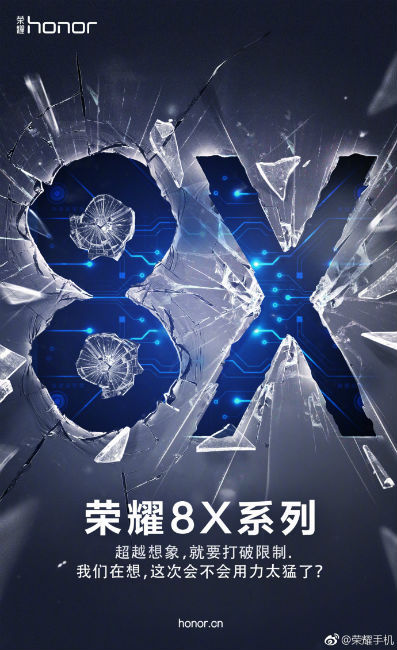 The poster does not reveal any info about the specifications and feature of the phone, but the TENAA listing and the box image leak have already given an idea about the internals. If the phone with model number ARE-AL00 is believed to be the Honor 8X, then the smartphone will sport a 7.12-inch Full HD+ display with 2244x1080 resolution and a “Waterdrop” notch. A Kirin 710 SoC is speculated to fuel the handset. The 4,900mAh battery is expected to carry support for 18W fast charging. The smartphone is tipped to come with a 4GB of RAM and 64GB of internal storage. It may run on Android 8.1 Oreo with EMUI skin atop. In case of optics, the rear dual-camera could come with 16MP + 2MP lenses and the front shooter is expected to have an 8MP lens.