The device will be exclusively available on Amazon from July 10, and will be a part of the online retailer’s Prime Day sale 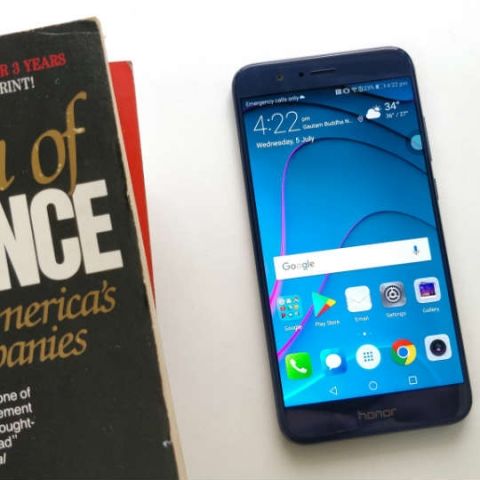 Huawei’s Honor brand has launched its new Honor 8 Pro in India. Priced at Rs 29,999 the device will be exclusively available from July 10, at 6:00pm exclusively on Amazon and will be a part of the online retailer’s Prime Day sale. The device is an upgraded version of the Honor 8 smartphone that the company launched last year and sports a 5.7-inch QHD display with a resolution of 2560 x 1440 pixels. The device is powered by the company’s own HiSilicon Kirin 960 SoC with 6GB of RAM. The device offers 128GB of storage and is equipped with a 4000mAh battery. The phone runs EMUI 5.1, which is based on Android Nougat, and comes integrated with GoPro’s Quik video editing app. Like its predecessor, the Honor 8 Pro comes with a dual-rear camera setup consisting of two 12MP rear camera. At the front is an 8MP camera with an f/2.0 aperture lens.

For its price and features that are on offer, the Honor 8 Pro will go up against the new OnePlus 5. However, the OnePlus 5 with 6GB RAM and 64GB of storage is priced at Rs 32,999. The 128GB storage version of the phone with 8GB of RAM is priced at Rs 37,999. Like the Honor 8 Pro, The OnePlus 5 also comes with a dual-rear camera setup, but it features a combination 16MP and 20MP cameras. The 16MP camera sports a wide-angle lens, while the 20MP camera sports a telephoto lens that offers 2x lossless zoom.

Besides the smartphone, the company also launched the Honor Band 3. The band features a heart rate sensor and is waterproof up to 50 meters. It also comes with sleep monitoring and can be set to continuously record heart rate. The company claims that the band can run for 30 days on a single charge.