Honor 20i going on sale at 12pm on Flipkart today: Specs, price and offers 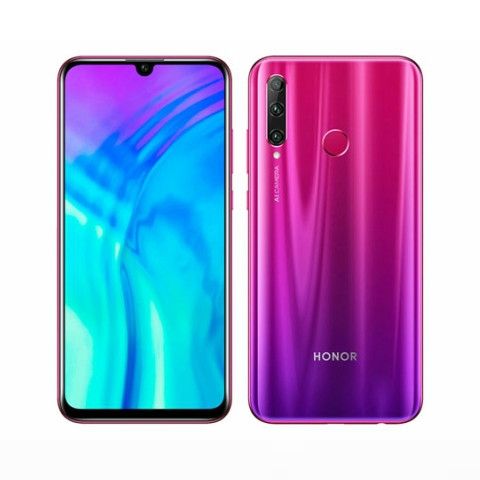 Honor 20i going on sale at 12pm on Flipkart today.

The phone will be available on all leading offline stores as well.

A week after its launch in India, the Honor 20i smartphone will now go on sale at 12pm today on Flipkart. Those who are interested in buying the phone can head over to the e-commerce website or to leading offline stores in the country. The Honor 20i is a part of the Honor 20 Series which consists of the Honor 20 and Honor 20 Pro as well. Apart from this, the company also announced that the Honor 20 will debut on June 25 on Flipkart.

Honor 20i price and offers

The 4GB RAM and 128GB storage variant of the Honor 20i is priced at Rs 14,999. Customers have an option to choose from three colours: Midnight Black, Phantom Blue and Phantom Red. Buyers can avail No Cost EMI starting at Rs 2,500 per month. Additionally, Jio users can get Rs 2,200 cashback and 125GB additional 4G data on performing a recharge of Rs 198/Rs 299. The cashback vouchers can be redeemed one at a time against subsequent recharges of Rs 198 and Rs 299 via MyJio app only. 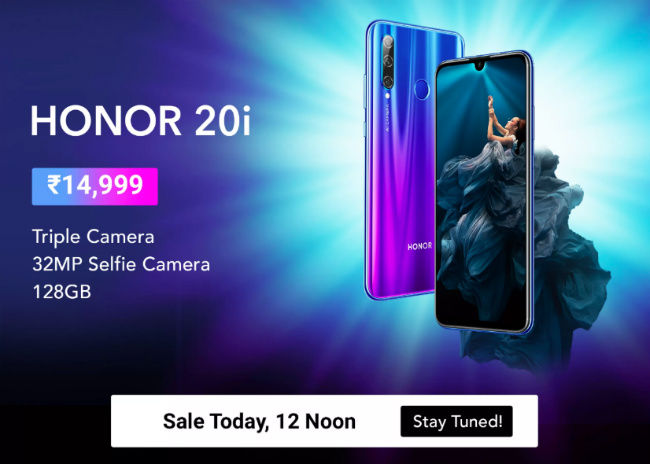 In case of Honor 20, customers can avail No Cost EMI starting at Rs 5,500 per month. The Reliance Jio scheme is the same for the Honor 20 smartphone.

At the launch event, the company had announced a challenge in which it promised a buyback value of 90 percent on the Honor 20 and Honor 20 Pro within the first 90 days of use as part of its customer satisfaction guarantee. In simpler words, customers using the Honor 20/Honor 20 Pro device can return their smartphone before 90 days if they don’t like it and claim 90 percent of their money. While we do have a sale date for the Honor 20, the Honor 20 Pro's availability is yet to be announced in India. Speculation is rife that the Honor 20 Pro could be delayed due to the US Ban on Huawei and the company's inability to use Android as an operating system for its future devices.

The Honor 20i sports a 6.21-inch LCD display with FHD+ resolution and a dewdrop notch. The company says that the phone has a 90 percent screen-to-body ratio. Under the hood is the Kirin 710 SoC that powers almost all mid-range phones offered by Huawei and its sub-brand Honor. When it comes to optics, on the back is a 24MP camera with f/1.8 aperture. It is paired with an 8MP wide-angle lens and 2MP depth sensor. The Honor 20i runs on EMUI 9 based on Android 9 Pie and packs a 3,400mAh battery with support for 10W fast charging.