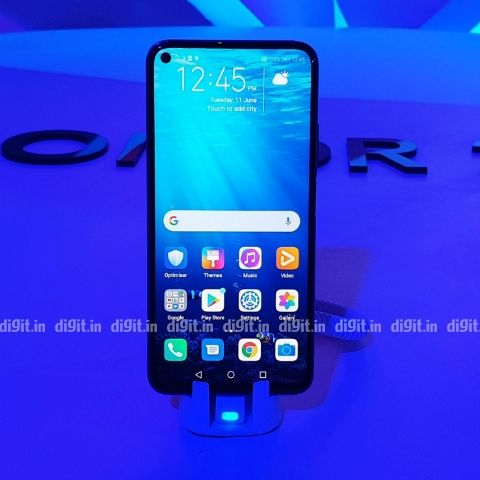 Huawei and its sub-brand Honor might be going through rocky waters after the US government banned all US-based companies from doing business with the Chinese smartphone company. But that didn't stop Honor from launching the Honor 20 series in India, after the devices were launched in London last month. The Honor 20 series comprises the Honor 20, Honor 20 Pro and the Honoro 20i.

While it remains mostly unresolved what's going to happen to Huawei's global portfolio of devices with Google snapping ties with the company, Honor claimed the Honor 20 series and the previously launched phones will remain unaffected and will receive updates for the stipulated period of time.

Now coming to the phones itself, the Honor 20 Pro is the flagship and will retail for Rs 39,999 with 8GB RAM and 256GB storage, while the Honor 20 sits below in the budget flagship segment priced Rs 32,999. The Honor 20i is the mid-ranger priced Rs 14,999. All three of them share a similar design and take cues from both the Honor View20 and the Huawei P30 Pro.

Honor also promised a buyback value of 90% on all the Honor 20 and Honor 20 Pro devices within the first 90 days of use as part of its customer satisfaction guarantee. But it did feel like a safe way out for customers if the Huawei Android ban sticks after the 90-day exemption period.

Honor 20 and the Honor 20 Pro sport 6.26-inch displays with FHD+ resolution. Both of them have the front camera drilled into the top corner of the display, like in the Honor View20. This allows the screen to stretch all the way to the edges and as a result, it doesn't feel all that big. The rear panel has the expected gradient colours. This time, Honor claims to have used a 'triple-mesh' technology that creates 3D patterns on the back. The Honor 20 Pro is available in Phantom Blue and Phantom Black while the Honor 20 is offered in Sapphire Blue and Midnight Blue colours. While they were expected to come with in-display fingerprint sensor, the two phones actually have the fingerprint sensor embedded in the power button, like the Galaxy S10e.

While all this is pretty standard, it's the camera capabilities of the two phones that Honor hopes will set them apart. Both phones rock a quad-camera stack that lets the user zoom in by 30x (digitally) to go as close as 4cm for a macro shot. The primary sensor on both the phones is the Sony IMX586 48MP sensor. This is combined with a 16MP wide-angle camera, 8MP telephoto lens with 3X optical zoom (only on the Honor 20 Pro) and another 2MP macro lens. The major difference between the two phones in terms of the camera is the aperture value of the primary camera. The Honor 20 Pro is the first smartphone to offer a f/1.4 aperture while the Honor 20 goes as wide as f/1.8. The Honor 20 Pro also sports dual 4-axis OIS and and offers ISO values that can go all the way up to ISO20800, which Honor was quick to mention was twice as much as what the Canon 5D Mark IV offers.

The 8MP telephoto lens is also optically stabilised and offers 3X optical zoom which can go up to 30X digitally. Honor claimed you can also shoot the moon with the Honor 20 Pro. Then there's the macro lens that allows one to go as close as 4cm.

The Honor 20 replaces the telephoto with another 2MP depth sensor. You won't be able to zoom in much and definitely cannot shoot the moon with this one.

Both devices run on Huawei's MagicUI based on Android 9 Pie. The Honor 20 Pro is fitted with a 4000mAh battery and the Honor 20 draws power from a 3,750mAh battery. Both support 22.5W fast charging.

The Honor 20i was launched in China last month and comes in 4GB RAM and 128GB storage and is priced at Rs 14,999. The 20i comes in Gradient Blue, Gradient Red and Midnight Black colours and packs a 6.21-inch LCD display with FHD+ resolution and a dewdrop notch. Effectively, the device has a 90 percent screen-to-body ratio. Under the hood is the Kirin 710 SoC that's there in all mid-range phones powered by Huawei and Honor.

On the back is a 24MP camera with f/1.8 aperture paired with a 8MP wide-angle lens and 2MP depth sensor. The Honor 20i runs on EMUI 9 based on Android 9 Pie and draws power from a 3,400mAh battery with support for 10W fast charging.