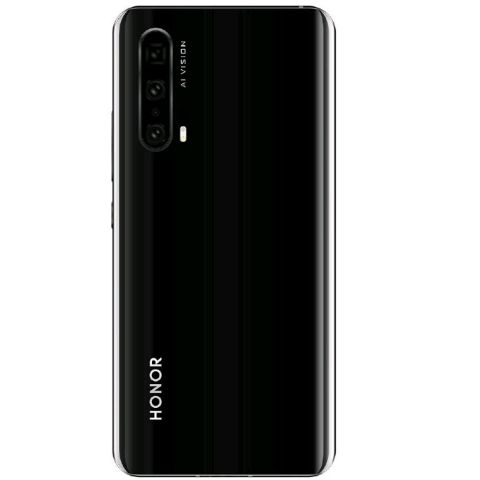 It is speculated to borrow same camera setup as the Huawei P30 Pro.

Huawei sub-brand Honor will launch the Honor 20 series phones on May 21 in London. The series is said to include three phones, the Honor 20i (already launched in China), the Honor 20 and the Honor 20 Pro. The Pro variant is said to be a camera-centric device and the latest leak has suggested that it will sport a periscopic camera just like we have seen in the recently-launched Huawei P30 Pro.

The renders show that the AI Vision camera module has a total of four sensors, out of which three are the shooters. The one on the top with square-shaped chamber is said to be the periscopic camera with a 10x lens. The phone is touted to borrow the Sony IMX600 40-megapixel camera sensor that is found in the P30 Pro. The Time of Flight (ToF) sensor sits right in between the second and third sensors which are aligned vertically on the top left corner.

The phone is expected to come with 6.5-inch OLED panel and a 4,000mAh battery capacity. Under the hood, the phone could have the Kirin 980 SoC along with up to 8GB of RAM. Further, the phone has already been leaked in Green/Blue and in Pearl White colours, and the latest renders shows the phone in Black colour. Further, the Honor 20i may also make a global appearance under the name Honor 20 Lite.

Honor 20i was launched earlier this month in China with a 32MP selfie shooter and up to 6GB of RAM. It sports a 6.21-inch full HD+ IPS LCD display with a u-shaped notch. Under the hood, the phone has mid-range Kirin 710 mobile platform, along with up to 6GB of RAM, and up to 256GB of internal storage. The phone is fueled by a 3,4,000mAh battery. The Honor 20i sports a triple camera setup, which includes 24MP primary sensor with a lens having f/1.8 aperture, an 8MP ultra wide-angle lens and 2MP depth sensor.