Honor 10 global launch today: What to expect and how to watch livestream

The Honor 10 comes with a thin-bezel design and a notch atop the display. The smartphone will be available for purchase in India starting May 16 via Flipkart. 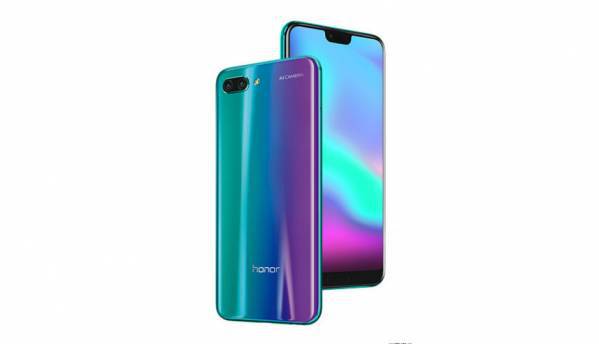 The Honor 10 will be launched globally today and the company has also announced that the smartphone will be available for purchase in India via Flipkart starting tomorrow, May 16. The online retailer has put up a dedicated webpage for the device which already launched in China last month. We also know the specs of the phone given its China launch. The Honor 10 features a dual-rear camera setup and will be available in Magic Night Black, Grey Gull, Mirage Blue, and Mirage Purple Twilight colour variants. The launch event is slated to commence at 6:15 PM IST and the company will be live streaming the event via its official YouTube channel and also on its Facebook page.

In terms of pricing, the 6GB RAM/ 64GB storage variant of the Honor 10 is priced at CNY 2,599 (Rs 27,300 approx), whereas its 6GB/ 128GB internal storage variant costs CNY 2,999 (Rs 31,500). The company is expected to price it the same or even slightly lesser in India. The Honor 10 is the company’s flagship smartphone and comes with complementing specifications and design. The device features an edge-to-edge display and following the ongoing trend, comes with a notch on top of the display. The device is akin to the Huawei P20 Pro (review) in terms of design with the all-glass design and twilight colour models.

Coming to the specifications, the Honor 10 features a 5.84-inch full HD+ LCD screen with a taller 19:9 display aspect ratio and runs on EMUI 8.1, based upon Android 8.1 Oreo. It is powered by the HiSilicon Kirin 970 octa-core SoC with 6GB RAM and features a 16MP + 24MP camera dual-rear camera setup with a f/1.8 aperture and an LED flash. On the front, it is equipped with a 24MP sensor. The company is also stressing on the use of Artificial Intelligence in its smartphones and the Honor 10 is also equipped with the AI 2.0 feature, which is used primarily for processing captured images. Honor says that the smartphone is capable of capturing and processing images better using AI capabilities, which also allows a user to shoot enhanced portrait selfies. It is also said to detect faces better in the image gallery for grouping images.

The Honor 10 is backed by a 3400mAh battery with quick charging support, which is said to take only 25 minutes for charging the device up to 50 percent. The handset features a 3.5mm headphone jack and is equipped with a 7.1 multi-channel Hi-Fi audio chip with support for 7-channel sound effects, which is said to deliver a better audio experience.