The updated connectors are promised to deliver 53 percent lower latency and 38 percent longer playback time in comparison with its predecessor. 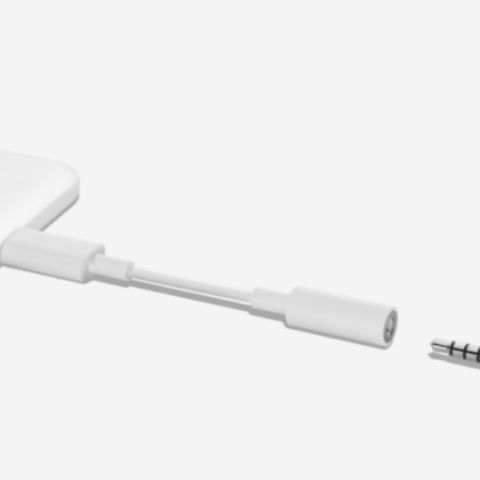 Google decided to remove the headphone jack from its Pixel smartphones and offer a USB Type-C to 3.5mm audio jacIn-the-box for those who still wanted to use wired headphones. Now, the company is hosting an event on September 9, where it is expected to launch the third generation of its Pixel smartphones. Ahead of the launch, the company has updated the Type-C to 3.5mm jack accessory on its online store. The new dongle is said to deliver a 53 percent lower latency and 38 percent longer playback time than its predecessor.

When Google originally made the in-box accessory available online, it was priced absurdly high at $20 (Rs 1,400 approx). The company later slashed its price to a more reasonable $9 (Rs 650 approx) and the latest upgrade is priced slightly higher at $12 (Rs 866 approx) but its expected to be priced lower in India, if its made available in the country. Android Police says that along with increased performance, the new connector is smaller with 2.8 mm shorter, 0.6mm narrower, 0.7mm thinner, and 0.4 grams lighter.

Speaking of the upcoming Pixel 3 smartphones, the company is rumoured to launch the Pixel 3 and the Pixel 3 XL. The Pixel 3 is said to feature an 18:9 display, while the Pixel 3 XL is said to feature a notched display. However, it's speculated that Google is leaking details about a smartphone with notched display on purpose and could surprise everyone by launching a notch-less Pixel 3 XL. Recently some Google ads featuring a Pixel smartphone with a thin-bezel display, without a notch have leaked online. Additionally, the ads also tip at a new Pixel Book 2 devices, which are said to be codenamed “Nocturne” and “Atlas” and the ads also show one of them. Separately, the other Pixel Book 2, via Chrome Unboxed, has also been spotted in a video that was uploaded and subsequently pulled down from the Chromium Bug Tracker. .